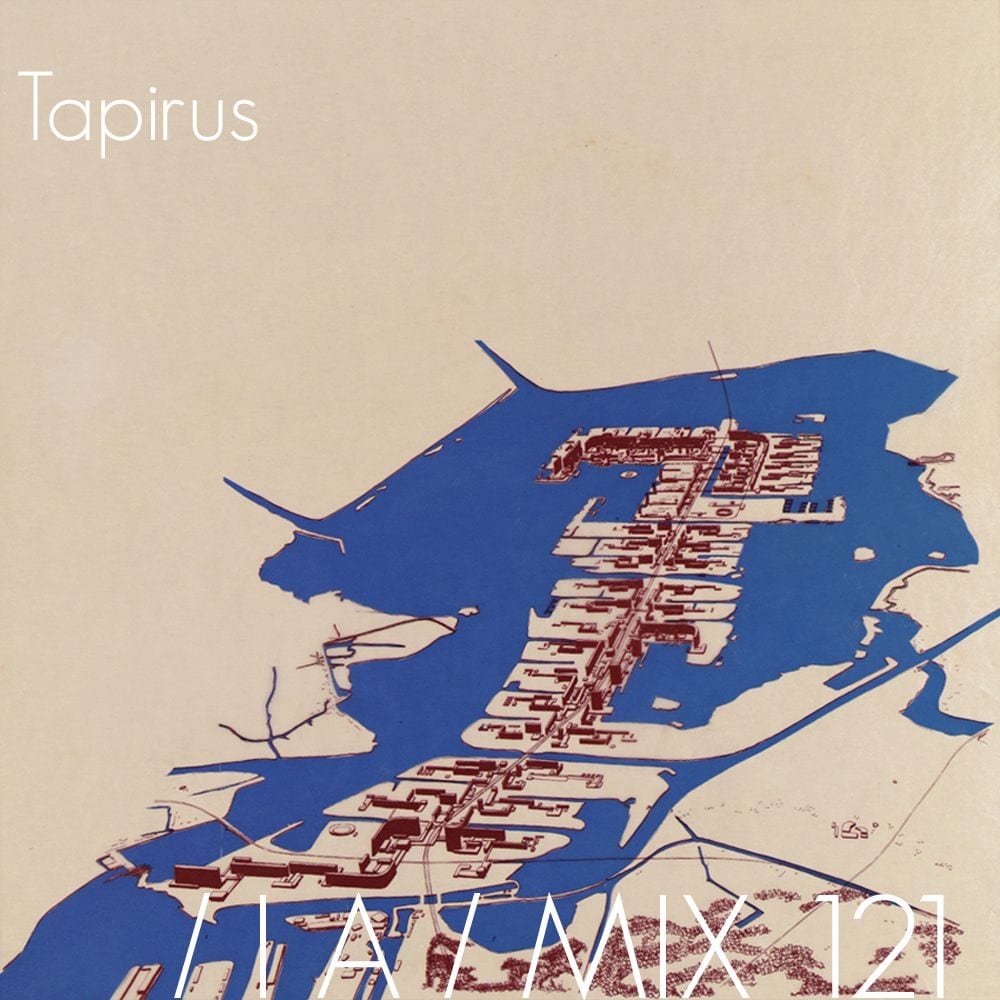 Tapirus is the second alias from Rotterdam based musician Charlton Ravenberg who also produces as Charlton. With his Tapirus moniker Charlton delivers a more acid inclined take on Detroit and Chicago house and techno. His influences include Drexciya, Basic Channel and Convextion.

Following the release of “Trying To Make Something Of Life” EP earlier this year on Midnight Shift Records we caught up with Tapirus to find out more about his involvement with the Singapore based label, his musical heritage and local hang outs in Rotterdam. Tapirus also discusses forthcoming releases with DJ Spider and Bliq Records scheduled for 2014. His mix features music from Marcellus Pittman, James T Cotton, Nick Dunton, Tin Man, A Guy Called Gerald, Chicago Skyway, Steve Summers, Model 500 and many more.

Please can you introduce yourself and tell us what you’ve been up to recently?

I’m Charlton, born and raised in Rotterdam. I’ve been finishing some EP’s as Charlton and also an EP as Tapirus while been working in Triphouse, a second-hand record shop in Rotterdam.

What’s the story behind the name ‘Tapirus’?

My parents are from Suriname, South America and as weird as it sounds Tapirus was on a National Geographic documentary and that’s how I came up with the name, so as to relate to my South American roots.

You’ve also produced records under the alias ‘Charlton’. How does your Tapirus moniker differ?

Good question actually. I’ve been releasing tracks under the name Charlton since 2005 and my first release was with Bas Mooy from the Audio Assault imprint. The difference is that Charlton is more straight-up retro banging techno music whilst Tapirus is my definition of acid, Chicago house and Detroit sound influence. So when I moved to London, I was hanging around with Nick Dunton a lot from Surface Records and he actually got me into different stuff than just hard techno. He introduced me to the likes of Drexciya, Basic Channel, and Convextion just to name a few.

You’re originally from Rotterdam in Holland. How did you first get involved with electronic music and what was the music scene like whilst growing up?

Fuck man! I got into electronic music around 1998-99. Before getting into techno I was a hip-hop-head and I had a couple of friends playing electronic music. That’s when I decided to take a look in one of the record stores in Rotterdam and asked them for some vinyls and I ended up in the techno section.

The name of the record store was Basic Beats and the first record I ever bought was a Steve Stoll EP called ‘Hyperrealism‘. After that, the Surgeon and Regis records were released and Jeff Mills. I started going to record shops like Clone etc and also used to go to illegal raves where the BPMS could get up to 170. I wasn’t really into gabber so I used to go to these teKno parties, and they were pretty awesome and they were like normal techno parties like strictly techno and I ended up playing there years later.

Where are your favourite places to hang out in Rotterdam?

Triphouse Rotterdam, bar, my studio and friends’ studios, Perron ’cause they’ve really good international guests. That’s where I hang out 9 out of 10 times.

Tell me about the mix you recorded for Inverted Audio? How was it made / recorded and are there any particular tracks that are poignant to you?

I recorded the mix in Ableton, which is my standard set up for all my gigs as well. Most of the tracks I play are my favourites of this moment, so you could find either new or really old releases out of my memory lane.

What artists and albums have helped shape your musical taste and personality?

As I stated before Nick Dunton is a big influence in what I do now and I was listening to Surgeon and Regis and later to JTC, D’Marc Cantu and all the Crème jack series, and people like Terrence Dixon. They shaped me into who I am now for both Charlton and Tapirus monikers.

When did you start experimenting and producing electronic music?

Around 2001, I started with the Jeskola Buzz Tracker. After that I joined a school to learn more about music production and the technical aspects of music. So I started working with Cubase and then I found out that Ableton 2 was so nice to work with, and I never switched to any other sequencer as it’s still used in my studio today.

What does your studio setup consist of? It sounds very analog?

It is a bit of both. I don’t really like to talk about it. The secret should be there.

You recently released your debut ‘Tapirus’ 12” on the Singapore based imprint ‘Midnight Shift’ – Can you explain how this release came about and why you released on a record label based in Singapore?

Basically I was into Angela Flame‘s old music. I’d seen her DJ in 2003 at Awakenings. It was such a good set and that’s why I contacted her on Facebook. She put me into contact with Kavan and I started talking about doing something for Midnight Shift and that’s also one more reason why the Tapirus moniker came up because I’ve written all the music and I didn’t know where to release it was different from the rest of the stuff I do. It was a perfect opportunity.

Do you have a philosophy on sound and producing music altogether?

My music should always reflect the way I feel so it might be a sad or an angry or a happy mood.

Where do you prefer to write music? Is there a particular environment or mind space that enhances your creativity?

The right headspace for me could be anywhere as long as I have my equipment and my funny cigarette.

What else do you get up to apart from music?

Not a lot actually. I live and breathe music; it’s in my blood. My dad is a musician as well so I don’t really do a lot of things besides that. I used to skate a lot and do some graffiti but I stopped that few years ago, it’s against the law you know.

Have you spent much time in London before? What’s your experience of the city and its musical culture?

I was living in London for almost 4 years to relate to all the great artists and feel how it was like to be amongst them. I really wanted to know and see how great artists from Britain were creating stuff. It’s a great environment to get ideas from because in the end I think Britain shaped a big part of the underground electronic music scene.

What do you have planned for 2014? Can we expect more Tapirus 12”s, or an album perhaps?

At the moment I’m working on a remix for DJ Spider as Tapirus on Nord Records and a remix for Hana on Lower Parts Records. I just finished my next 12″ for Midnight Shift and we’ve been speaking about an album with them that would maybe come out by the end of next year. Also working on an EP for Bliq Records next year. There are a couple of things I’m working on for people. It’s busy times as I’m finishing a lot of Charlton stuff as well.