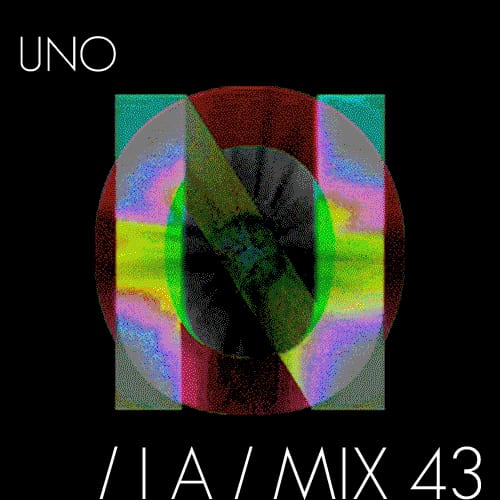 UNO is an independent record label based in New York run by Charles Damga. In the time that UNO has existed, this small label has harnessed some serious attention, hailing releases from Jacques Greene, Fatima Al Qadiri, CFCF and Eddie Mars. We caught up head honcho Charles Damga to find out more about the beginnings of UNO and the challenges he has faced with setting up this venture. His mix features tracks from Jacques Greene, LOL Boys, Zonewurx, Arca and Twilight Zone as well as  edits on his forthcoming edit label NO RELATION.

Please can you introduce yourself, tell us where you’re from and what you’re currently up to.

What’s the underground music scene like in New York City? – If the IA crew turned up where would you take us to experience some REAL music?

Underground music is constantly restrained, diminishing and folding in on itself, but equally breaking out and expanding into other spheres, and thriving. That’s the state of music in New York. Getting shut down and limited to small corners but going mobile in a different medium until it can reform in a party again.

What’s your musical background? Who/What was responsible for getting you into making music and into the industry?

I come from a musical family, but gave up instruments early on. Always been a organizer and collector of things, at one point tapes, then CDs, then records, then MP3s. I think most people who love and live with music in those forms end up trying to work them into a career, whether it’s recording production, creation, distribution. I started in parties, then live, tried working at labels, learned a lot, and what wasn’t happening, what I wanted to do.

Please can you expand on the mix you recorded for us, what’s the logic / reasoning behind your track selection and what kind of mood do you think your mix is perfect for?

It’s a weirder, deeper, old thing. The last mix i did was entirely unreleased tracks and the levels came out so crazy since nothing was mastered. I tried to mix some strange old things with strange new things I’ve been obsessed with or plan to put out. Mood- particularly mind-wandering or drugged periods.

Please can you expand of your name ‘UNO’ – Surely there’s more to it than just referencing the UNO card game?

Ha, UNO has a unspecific, nameless quality for me- there’s really nothing to it. It can be a word, a number, a game, anything, which is good these days.

Tell us more about the beginnings of UNO. When did you decide on launching a record label and how did you go about starting up this new venture?

After three years of working at grown labels i decided to give it a go. It started, and mostly exists, out of personal relationships and similar attitudes I share. Everyone I work with (artists, engineers, vinyl plants), I met or worked with for
other labels, events; all good people I crossed paths with or saw play.

What are the labels core values and musical aims and aspirations?

I try to keep it equally a label of reviving old thought and trying out new, things. With art, with sounds, connections, remixes, everything. Hopefully it comes out as something you can dance to. And wouldn’t happen otherwise.

In 5 years time, where would you like to be and what do hope to have achieved with the label?

I’d like to be a part of the new wave internet-based label music business conglomerate. All the revolutionary companies that are getting started- and will start, need to take notice of the personality and intimacy the industry gains strength from. Incorporating that mentality into major music business is my goal – It’d be a shame for them to miss the opportunity, and this collapse will happen all over again. I never start anything with hopes to be the biggest, best; UNO is achieving just by being around at all. I hope to put out a lot of great, strange things and give music that might not exist a unique delivery to the world.

Who do you work with for mastering and producing all UNO releases and what is your process for quality control?

I work with Rick Essig mainly, who is one of the best deals in New York. He’s mastered Junior Vasquez, 90’s Moby, Daniel Wang, DJ Shadow. Dub plates did my latest, and I was very happy with them. Dave Cooley (Stones Throw, Elysian) and Nick Chacona (wurst, mood music) are fantastic engineers. I try to listen to the music completely at every step, listen to everything I can from someone, work with people based on a complete understanding of what they do – It usually comes out quality.

Artwork is a key factor for selling records,, despite the shift to downloading 100 pixel artwork from online stores. What artists do you work to create UNO artwork?

The latest of mine from Fatima Al Qadiri features my wildest art to-date, imagined by Daniel Keller (AIDS-3D) and Timur Si-Qin, they did an amazing job comprehending and creating the artwork from the music. I regularly work with Bonnie Briant and Generatto, they design the layout and explore the possibilities. We’ve been getting pretty personal, going to the Library of Public Images. Sometimes I’ll play out something new and Dan (Generatto) will run up and explode about how much he wants to do the art and the visuals he sees for it (In a creative, not druggy way).

In order to encourage people to actually buy records a lot of record labels release limited edition versions of releases, with additions included with them. Do you envisage that UNO will make some select editions?

I asked my first distributor about my special plans and limited versions the first day we met, how it was going to garner much attention and sell the records – When I’d finished my monologue, all the women in the office started laughing and the owner told me “child, every vinyl record is a special edition these days.”

I try to keep that in mind, and make sure the core is special, or else the VHS or 12 page booklet is for nought. But yeah i have a few white labels and 10”s on the way, mostly because it’s something new to try and think about for myself.

What are the advantages and limitations of being based in NYC? How do you take advantage and overcome these factors?

Everything and everyone surrounding you is so talented and individual, it can be suffocating just hearing how much is out there and seeing all the amazing music. It’s about the best place in the world to experience art, it happens on so many levels and once you’re swimming in it – the good stuff that connects to you has a way of floating over.

So far you’ve released three singles from Eddie Mars, Jacques Greene and CFCF. How did you go about sourcing these three musicians and getting them to release their music on UNO?

I met each of them out or heard something in one of their records – we connected on some idea, and wanted to make something that they had not been commissioned or invited to release. I have the same relationship with my remixers and graphic artists- i think it’s silly to work with someone because you like what they do and want them to
do the same thing for you

Im working with so many great people currently. My first EP (Fatima Al Qadiri Genre-Specific Xperience) comes out next week, followed by a remix collection from some big people in early 2012. Before that I’ll have a deep techno record from Chicago dance and hip hop master Twilite Tone. He produced Common’s first albums, grew up in the wildest Chicago House scenes.. Every time we meet he has a new amazing story for me. Others in the works from Don Froth, LOL Boys, Wagner, Zonewurx…all very
different worlds, ha.

What’s your preferred medium and why?

I love CDs. We’ll hopefully make one in 2012. I always feel limited by the space or separation on most others, a CD can be
so beautiful and different and plays seamlessly- they have great space-to- audio quality.

What other producers / collectives do you think deserve some serious attention?

Physical Therapy, Cuticle, Mykki Blanco, D’eon, Guilty, Zonewurx, Mungolian Jet Set. If you don’t have something from them in your iTunes, you will be happier once you do.

Thank you Denis and THE ART OF THE ALBUM – Listen to them, don’t let them die.