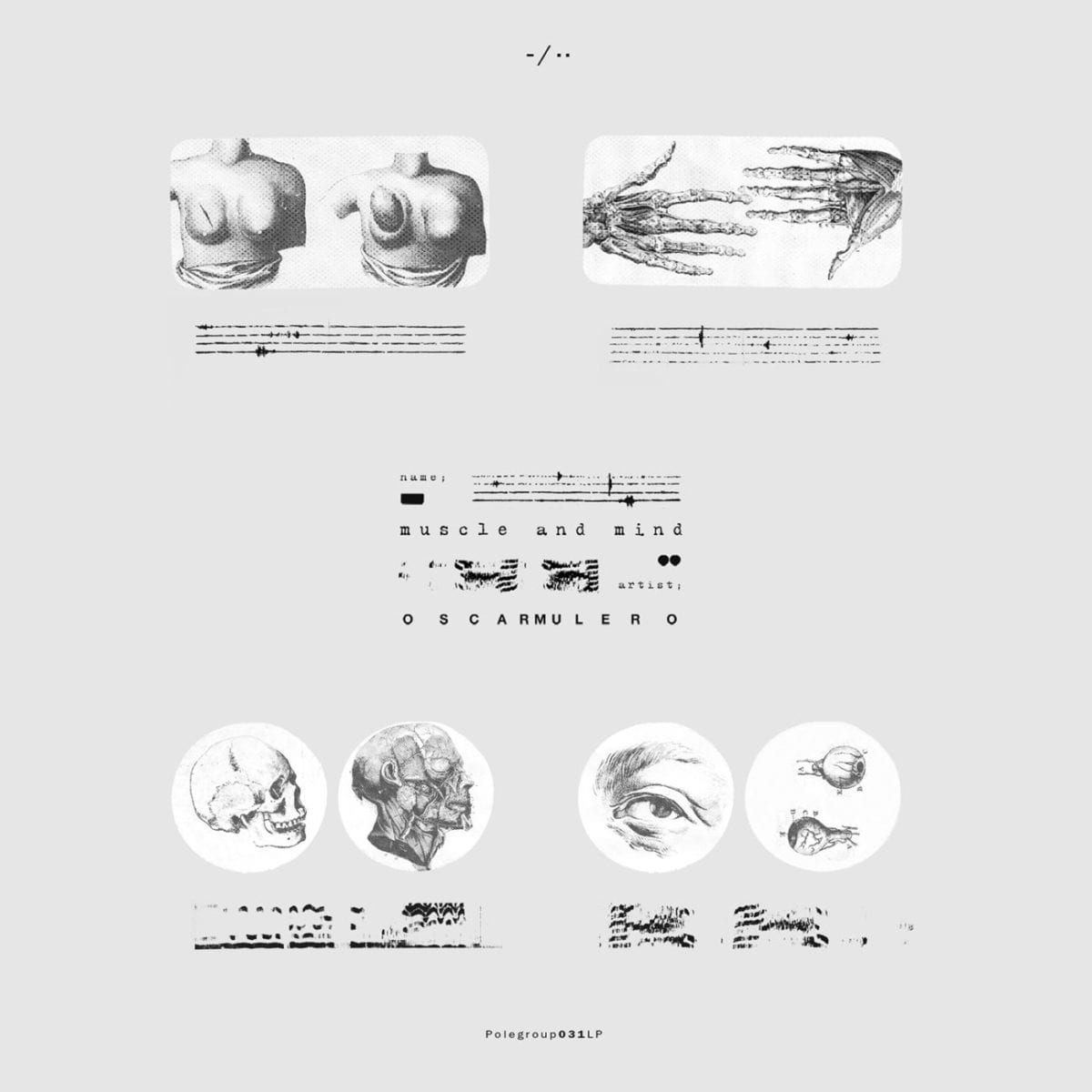 Spanish producer Oscar Mulero has announced his new album ‘Muscle and Mind‘ for PoleGroup, scheduled for release on 20th April 2015. The 12 track album will be preceded by a 4 track remix ‘Dualistic Concept‘ EP, featuring two exclusive tracks and remixes from SHXCXCHCXSH and Stanislav Tolkachev.

The underlying message behind the title refers to the reflection of mental states in the body, the genesis of emotions where body and mind are managed by the sense of hearing. Throughout these twelve tracks, the listener can dive into the musical world of Oscar Mulero whose discourse mutates in every album, always intricate, always meticulous.

Darkness acts as a thread and repetition as hypnotic therapy. But now, Mulero sets his usual hard sound aside and looks for a much more cared for and precise sound , where there is room even for a harmony and musicality that go hand in hand with danceability.

‘Muscle and Mind’ will be released on vinyl and CD on 20th April 2015. The digital version will include extra tracks, which will also be published in an EP on 23rd March 2015.