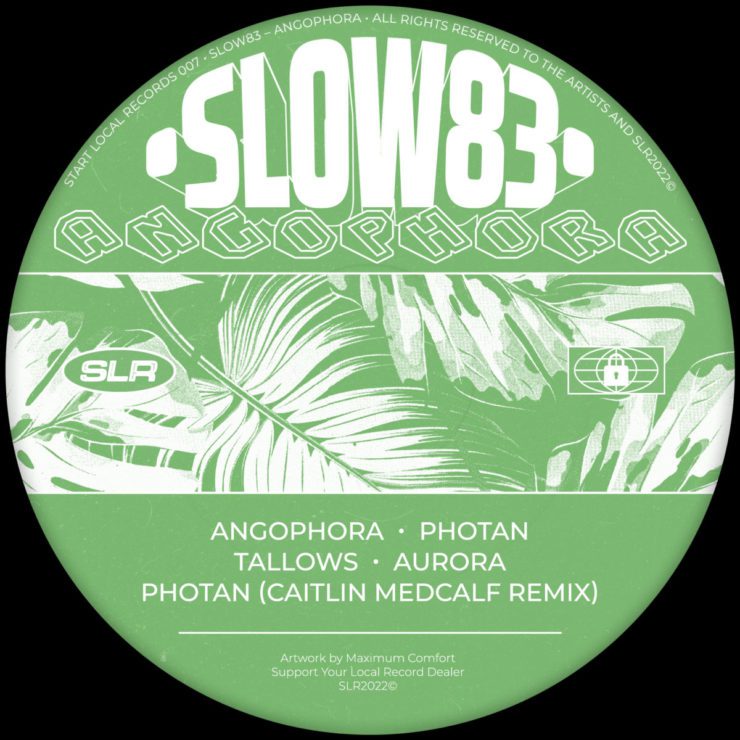 As their name suggests, Australian imprint Start Local Records are interested in pushing local talent. They also have a particular affinity for house music for which they’ve ventured beyond their own backyard. Recent releases have included music by Dutch producer HATT.D as well as globally-minded compilations.

Their next EP comes from Sydney newcomer Slow83. The artist’s debut for the label casts a wide net stylistically. Junglist musings, percussive heaters and dreamy melodies all feature on ‘Angophora’, which is rounded off with a remix from Caitlin Medcalf.

Produced last year during lockdown, our pick is the title track. With the producer spending more time outside surfing and trying to escape the lockdown malaise at the time, but still thinking about what would sound good on a system. Tense atmospherics set the scene on ‘Angophora’, before descending into dense percussive territory that would no doubt give bass bins a workout.

‘Angophora’ is scheduled for release 13 May via Start Local Records. Order a copy from Bandcamp.