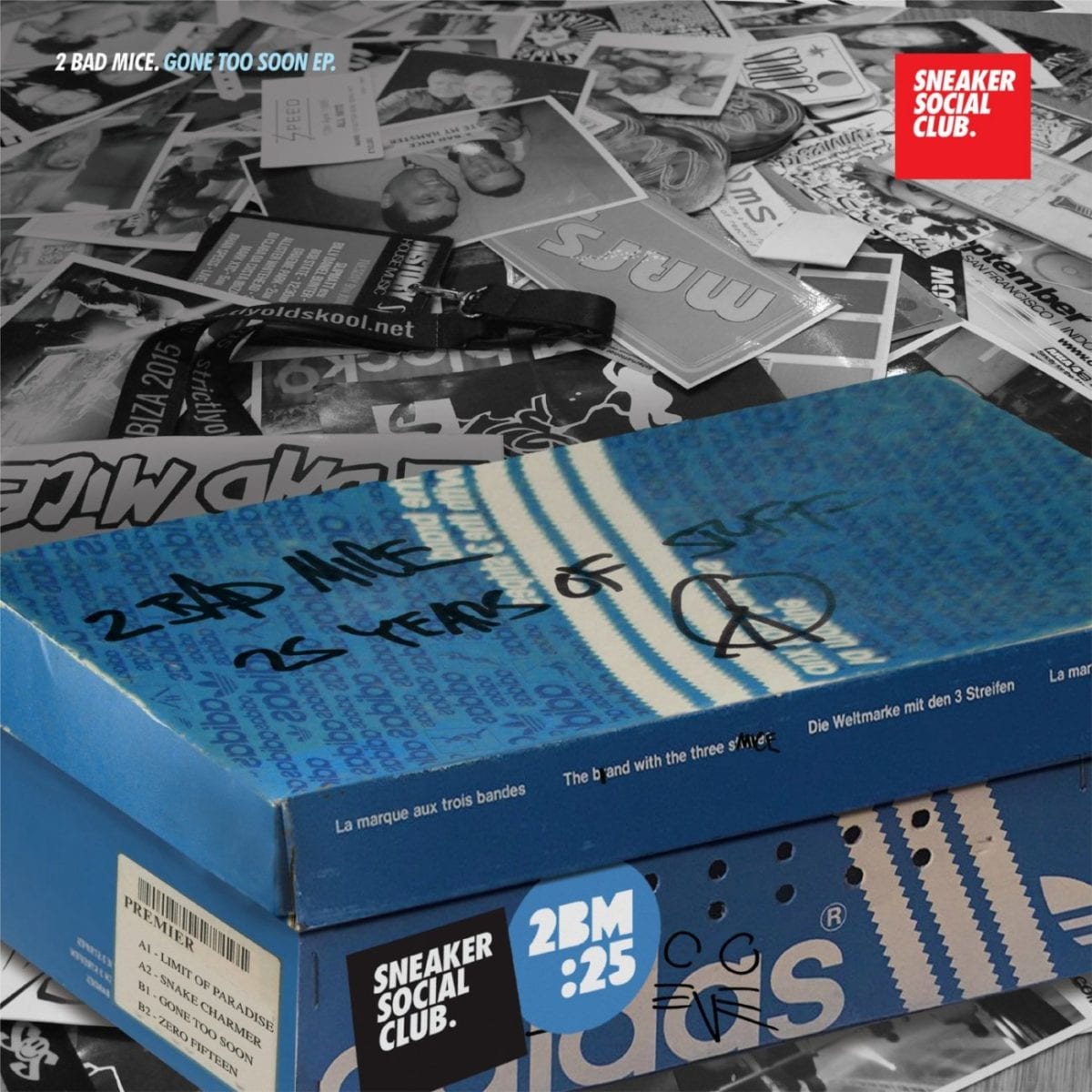 Over a decade after their last outing, UK hardcore dons 2 Bad Mice are finally back in business with ‘Gone Too Soon‘ EP on Sneaker Social Club, a four-track bite of essential ’90s rave material right in line with their impressive back catalogue, including a good lot of seminal contributions to the highly revered Moving Shadow imprint.

Originally formed in 1991, 2 Bad Mice has been a conducting element of the revolution underway back then – from the introduction of a new musical grammar by way of heavily sampled patchworks of sliced-and-diced beats and breaks that laid the foundations to the coming jungle / drum ‘n’ bass overhaul, onto the final fade-out of the UK hardcore scene.

On ‘Gone Too Soon‘, the triplet pick up where they left off. Our premiere, the euphoric  ‘Limit Of Paradise‘, could have easily been composed back in the heyday of the genre. Interwoven in between the track’s pumping drum mechanics, a cold female voice awakens from a cascade of leg-chopping breaks and drops, tearing off a curtain of rave-indebted chords and sirens. Dance your heart out like it’s ’92.

Gone Too Soon EP is released via Sneaker Social Club on 14th November, order a copy from Bandcamp.

A1. Limit Of Paradise
A2. Snake Charmer
B1. Gone Too Soon
B2. Zero Fifteen