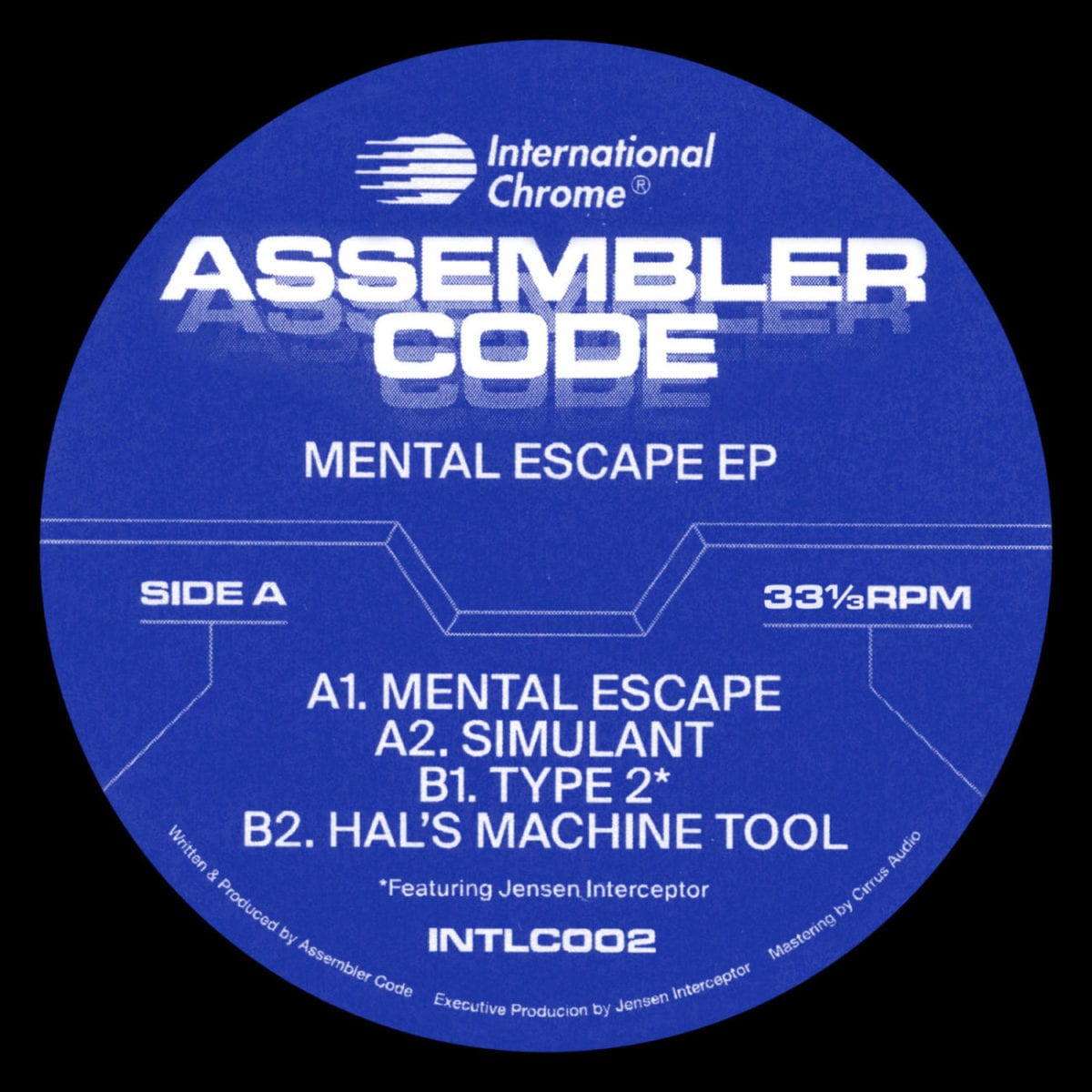 Earlier this year, Sydney based producers Jensen Interceptor and Assembler Code took their collaborative endeavour a little further with the launch of their own imprint, International Chrome. First release to land on the label, ‘Trigger Zone‘ featured label co-founder JI at the controls alongside a longtime influence of theirs in the person of French electro-techno legend The Hacker.

Following up to this inaugural 12″ which took the shape of a gritty sound manifesto, International Chrome are back with a fresh new EP from its other core half, Assembler Code. Due out at the end of the month, ‘Mental Escape‘ EP finds the Aussie groove trader smashing it with yet another batch of his signature high-velocity, Detroit-indebted dashers. One to bend minds by the dozen.

Premiereing through our channels today, ‘Simulant‘ is a restless, hardware-marinated slab of gusty machine funk that seems directly emerged from a warped Gerald Donaldian continuum with its acid-dipped motorik, radical breaks and jagged percussive motifs gone awry. Speeding up the intergalactic highway at breakneck speed, the track sets its pistons into frantic motion from minute one up until the tunnel abruptly collapses into nostalgic deep space. Wilder than wild.

Mental Escape EP is released via International Chrome on 24th September, pre-order a copy from Juno.

A1. Mental Escape
A2. Simulant
B1. Type2 (feat. Jensen Interceptor)
B2. HAL’s Machine