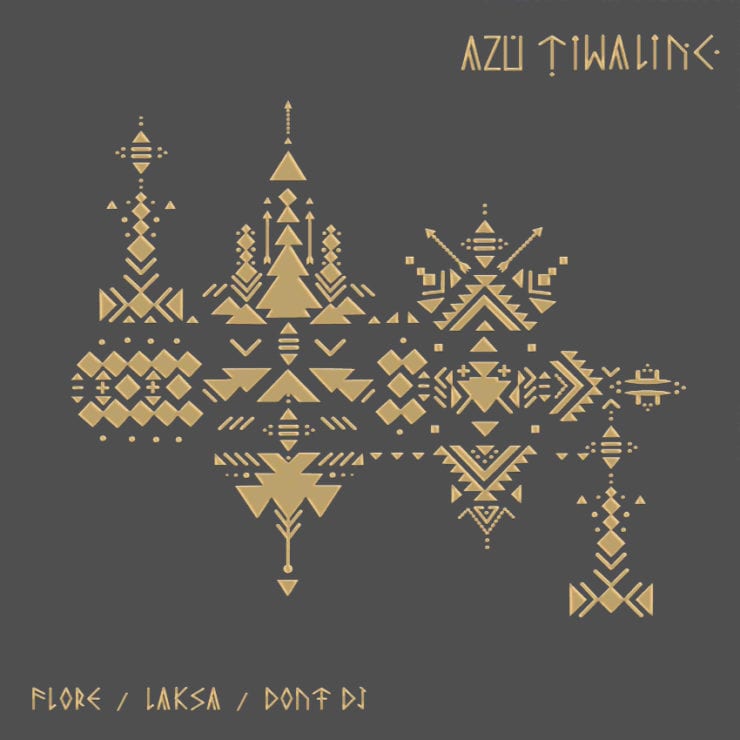 I.O.T Records take a much needed re-look at Azu Tiwaline’s ‘Draw Me A Silence‘ 2-part LP, bringing on board Laksa, Don’t DJ, and Flore for a remix EP that, despite satisfying, leaves us hoping for a second expansion.

Azu Tiwaline’s music has skyrocketed into attention lately, thanks in part to a stunning 4-track EP on Livity Sound. Earlier that year, however, a far more expansive documentation of the Tunisian’s sound experiments was published through French label I.O.T. Here, Azu’s fusion of hypnotic tribal rhythms with dub-style electronics was brought to the fore, in sufficient detail to immerse the listener within the depths of her style.

On ‘Draw Me A Silence Remixes‘, I.O.T have called on a trifecta of artists to expand further on Tiwaline’s music: Laksa turns in a hard-hitting tribal workout, whilst Don’t DJ’s inimitable polyrhythmic explorations delve further into that tribal headspace. Flore’s remix, which opens the EP, draws out the cosmic dub roots audible in ‘Berbeka‘, working with the rotating rhythms of the percussion to create a rolling masterpiece, as evocative of the desert as the original, but adjusted for increased soundsystem pressure.

‘Draw Me A Silence Remixes’ is scheduled for release 26 March via I.O.T. Order a copy from Bandcamp.