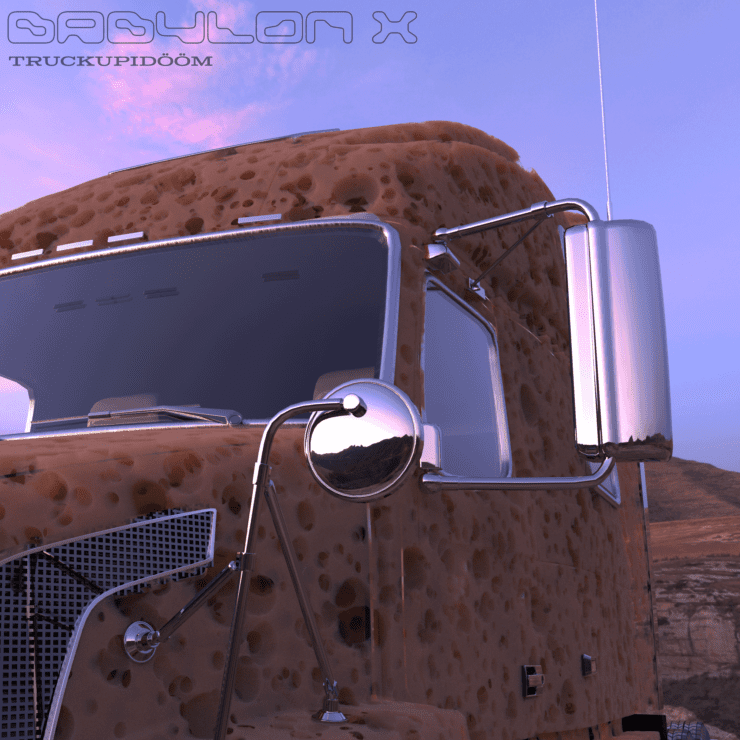 Following the release of a 9-track compilation project called ‘Dahlia Karma’, Tel Aviv label Tofistock are back with their eleventh release. ‘Truckupidööm’ is a collaborative effort by label heads Olsvangèr and MYKI.

The pair have joined forces under the name Babylon X for the new EP. The five tracks on the release blend old school progressive and trance flavours with a dash of what they refer to as Mediterranean magic. Much of the music certainly has a warm glow to it.

Opening with little more than a baseline and a kick drum, things hurtle along at a quick pace on ‘Money’, our pick from the release. With the exception of some indulgent melodic flourishes around the mid way point, it’s the percussive accents that keep things interesting in addition to a quick vocal sample from German new wave band Härte 10.

‘Truckupidööm’ is scheduled for release 22 September via Tofistock. Order a copy from Bandcamp.