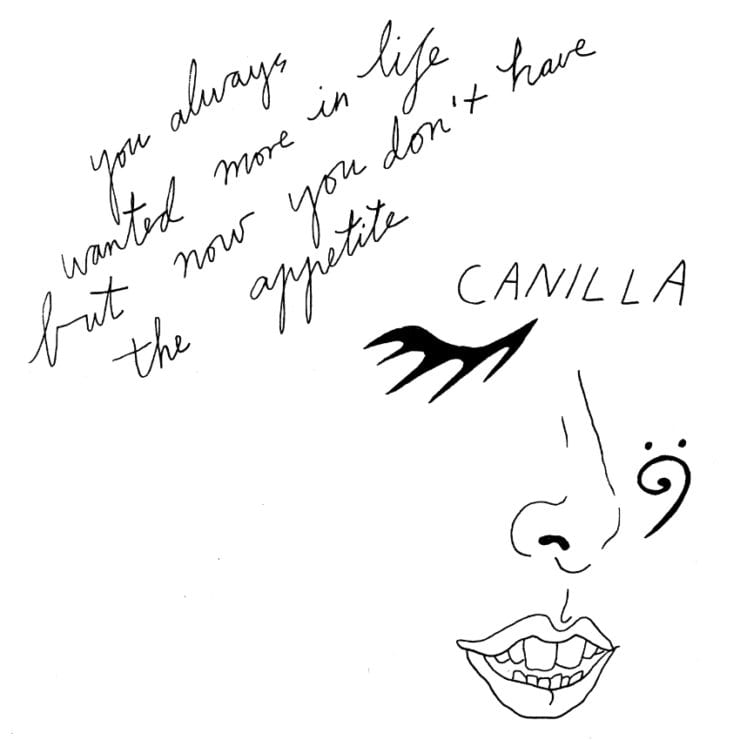 Berlin-based sound artist Canilla prepares to release her debut album, ‘you always wanted more in life, but now you don’t have the appetite‘, via Street Pulse Records.

Whilst the album marks the debut album from the Canilla alias, it marks only a new chapter in the artist’s oeuvre, arriving after a wealth of experience composing and developing installations for theatres and museums around the world, including the Akademi Der Künste in Berlin, London’s Royal Opera House and Oslo’s Black Box Theatre.

With an apparent tenacity for finding herself performing at respected and lofty institutions, and across the album demonstrating a keen experimentalism and a tuned capability for using this to manufacture enthralling sounds, it’s perhaps not so surprising to learn that Canilla has been added to the SHAPE Platform 2021 roster. The sense of the connection only increases with listening, and with learning more about the process.

The album, developed from an investigation into transforming old tools and dismantled accordions into instruments played via coding, and birthed from an installation at Kontakte Festival in 2019, ripples with strange frequencies akin to field recordings from alien worlds, or deep beneath the ground in private caves.

The first single from the release is ‘the extinction’s voluptuous odor‘, a track which exemplifies the oddity on the album, striding a line between avant-garde sound design and hybrid club gear. A cinematic yet gutsy techno undertow paves the way for coarse string-like sonic textures, grappling with prominence and succeeding only in lowering the intensity of the rugged beat slightly. Somewhat at odds with the broader-scope compositions elsewhere, the track perfectly showcases Canilla’s work to dissect traditions in music.

‘you always wanted more in life,  but now you don’t have the appetite’ is scheduled for release 14 May via Street Pulse Records. Order a copy from Bandcamp.

1. The Extinction’s Voluptuous Odor
2. Party With My Homies
3. Footbridge
4. Life Without the Human Look
5. Alfred Korzybski
6. You Always Wanted More in Life, but Now You Don’t Have the Appetite
7. We Find Them Picking Flowers That Grow in the Fields of Extreme Limit