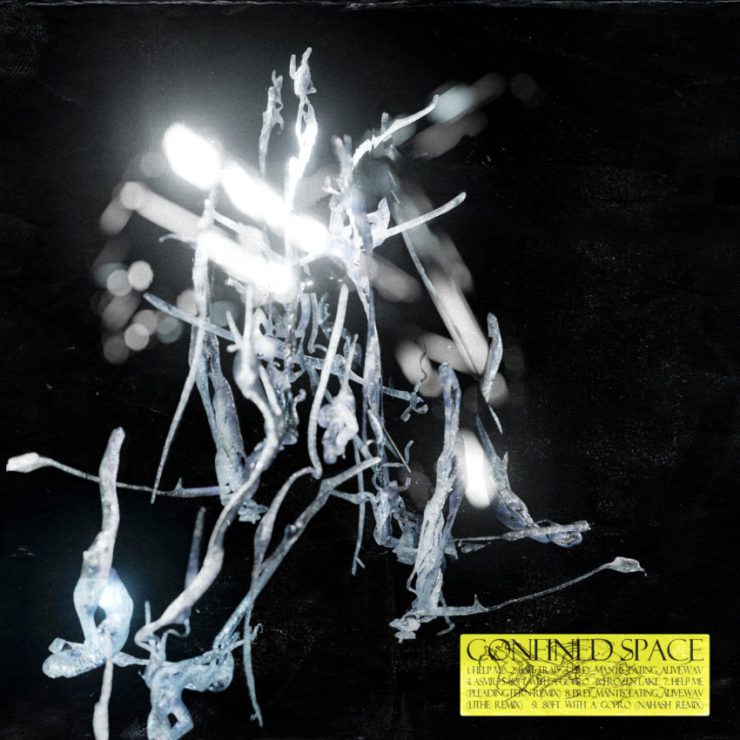 Prague’s Unizone label seem to have a knack for catching vibrantly exciting producers on their come-ups:  the small label’s latest drop, ‘Confined Space‘ from Capiuz, joins choicely garnered productions in the catalogue from the likes of T5UMUT5UMU, Miss Jay, DJ Loser & Xiao Quan.

Capiuz’s name will likely either leave you scratching your head or pump hot blood into your veins. An Italian producer with just two releases to date, Capiuz earned rightful internet fame in certain circles with his last self-released project, ‘Shifting‘, a tumbling mess of minimal percussive rhythms that, within track runtimes of just a few short minutes, shift between countless beats, layered stacks of beats forming a near-polyrhythmic haze.

‘Confined Space‘ gives you that next bump you’ve been itching for ever since — slotting right into Unizone’s mantra of “Experimental Hybrid Clubbing”, it’s a perfect combination of psychedelia-inducing percussive workouts, with Capiuz providing extra spice with heavier basslines tuned more to the dancefloor than the powerplay experimentalism heard on ‘Shifting‘.

As with their Unizone’s last piece with Miss Jay, this album comes loaded with remixes, this time from Pleading Fern, Lithe and SVBKVLT artist Nahash, the latter of which twists ‘80ft With A GoPro‘ into even more intense realms, adding chopped breaks and non-sequitur punches of bass — in case the original didn’t quite level the dancefloor flat, this version will do the trick.

Never ones to keep it simple, ‘Confined Space‘ buyers on Bandcamp will get access to ‘Cicada‘ , a Max For Live audio processing device used by Capiuz to build elements of the album. Unizone co-founder Ancestral Vision will also be joining us on Radio Punctum on 26 October.

‘Confined Space’ is scheduled for release 27 October via Unizone. Order a copy from Bandcamp.