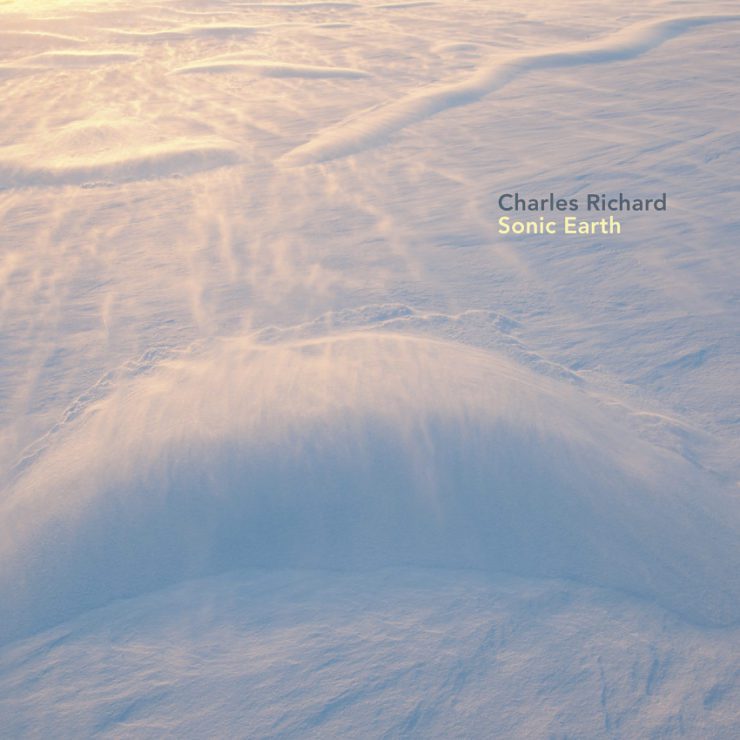 Italian ambient imprint Glacial Movements have managed to build quite an iconic presence with an exact sound, with each release of frosty ambient music describing a different shade of the imagery imposed by their name. Their latest release from Charles Richard doesn’t divert from this.

Not to say that his work lacks creativity: Richard’s sound on this album is, by some standards in ambient music, extremely creative and experimental, but listening to any of the 13 compositions might give an exact impression of glacial meltwater, of frosted expanses and walls of ice, as with other albums on the label.

Richard’s exact procedure for creating his album has a lot to do with the clear yet otherworldly resonant tones  — the musician is the founder of the Sonic Earth Foundation, a project which aims to capture and record the natural resonance of stones and minerals created on being hit. By combining processing these recordings with AI software and modular hardware, Richard builds the both an archival library and a unique sample bank to create his music.

The title of our premiere, ‘Four Stones‘, suddenly takes on new meaning: perhaps the composition uses only the tones found within four specimens of stone? Perhaps not. What’s clear is that Richard knows how to wield his library into creating truly transportive music. With little flares of activity being mirrored by periods of silence, ‘Four Stones‘ is an introspective journey into the musician’s laboratory, the huge scope of sounds used within the 7-minute composition barely scratching the surface of the album’s depth.

‘Sonic Earth’ is scheduled for release 18 November via Glacial Movements. Order a copy from Bandcamp.