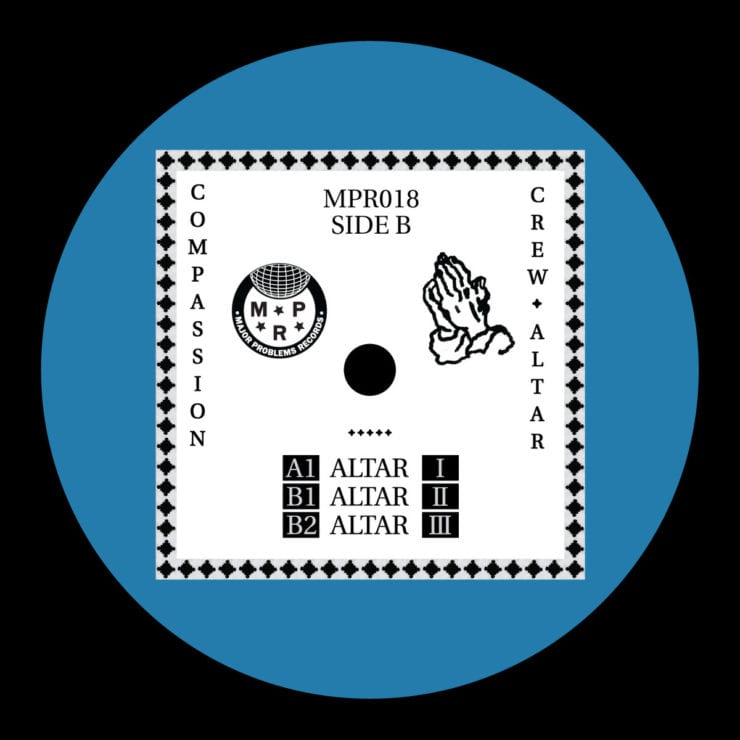 A much discerning vinyl collector and reliable soulful music trader, Irish producer Compassion Crew has been pacing the scene in all discretion for over a decade, almost completely withdrawing from the spotlights to let the music do the talking.

This, though, didn’t prevent him to get his music out on some of the finest labels out there, far from that: Gerd Janson’s Running Back, Rush Hour, Dolly counting amongst those graced by his playfully vibey disco-house blends.

Back for a third round on Dublin’s Major Problems after ‘Masters Of The Gentlemanly Art‘ and the 2016-issued ‘Habitué‘, CC resurfaces with the steady groovin’ ‘Altar‘ 12″. Lifted from this flavourful package of laid-back chuggers, our pick ‘Altar I‘ throws us right back in the heyday of Larry Levan’s Paradise Garage.

A coalescence of powerful piano stabs, catchy soul vocals, chromatic pads and cascading bleeps, it’s a feast of classic early house that awaits the dancer. When not groundbreaking, you expect the music to be markedly inspired and well executed, and Compassion Crew excels at that, crafting true-school new classics that are up to the standards of the golden era’s most time-proof gems. At a time when forgery’s become the norm, this, is quite the accomplishment.

Altar is released via Major Problems on 5th July, pre-order a copy from Bandcamp.