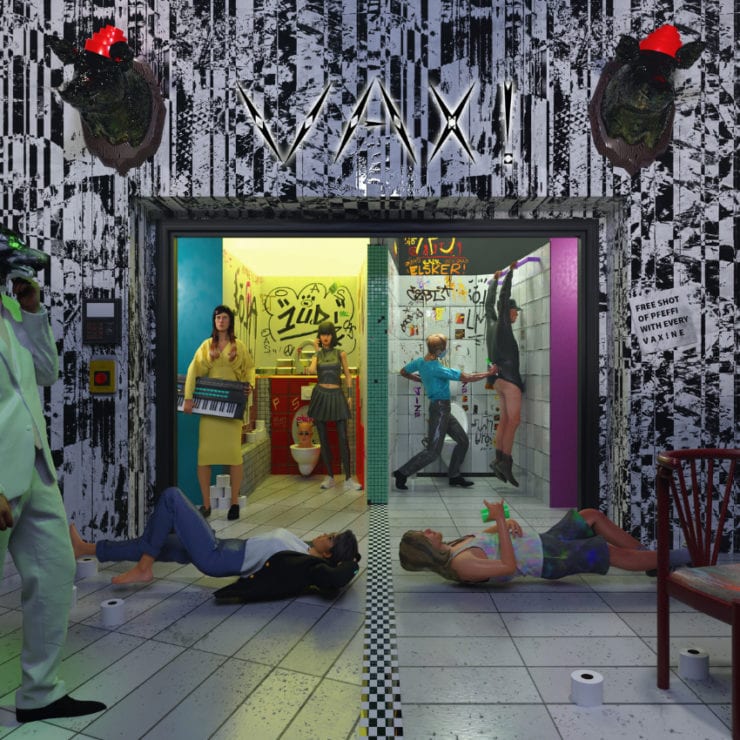 Those who’ve spent time getting to know Berlin’s club landscape in recent years will no doubt be familiar with Sameheads, a venue whose eclectic decor and excellent programming have made it a local favourite. Now on its fourth iteration, their biannual compilation is an opportunity to showcase music from the Sameheads community, a chance to dip into what they refer to as their “endless reservoir of debaucheries”.

Our premiere today comes from slightly further afield. Das Kinn is a new project by Toben Piel, part of Frankfurt’s MMODEMM family and one half of Les Trucs, a duo whose music sits at the intersection of club and kraut.

Das Kinn taps into some of the same tones, keeping it in line with the type of fare that Sameheads is often associated with. This eponymously titled track is filled to the brim with eerie synths, which, punctuated by Piel’s shrieks, sound like they could be emanating from the room next door.

‘Vax!’ is scheduled for release 1 June via Sameheads. Order a copy from Bandcamp.