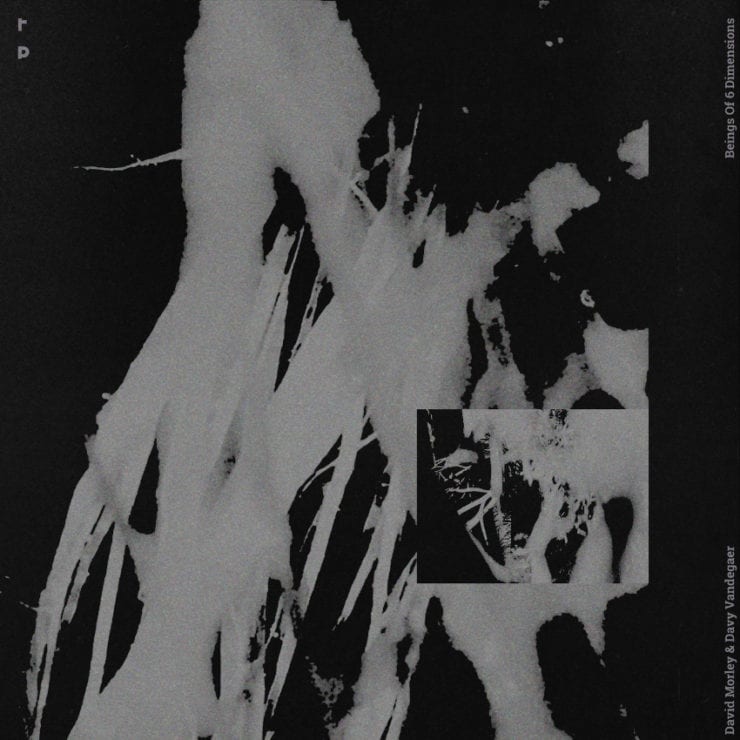 Belgian buddies Davy Vandegaer and veteran producer and engineer David Morley of R&S and Apollo fame have teamed up for ‘Beings Of 6 Dimensions’, the latest release for explorative techno label Futurepast. A shared propensity for darker modes of ambient and electronic styles led to collaborative studio sessions last summer and resulted in 4 moody and metallic chugging techno tracks.

The label is run by Vandegaer but has previously worked with Morley who contributed a solo 12” EP ‘Boundary Travels’ for Futurepast in 2019. The pair headed to Morley’s vastly equipped and nerds’ wet dream of a studio with the idea to retain a sense of experimentation. The limitations on just hardware equipment and on-time meant fast work, no overthinking and ultimately Grade A produced and mastered minimalistic and atmospheric techno.

‘Uninhabitable Zones’ is our pick from the digital-only EP and opens with sparkling tones that escaped from a beautiful Fenix II modular synth which refracts nicely from the haunting bassline and an unpredictable metallic crash. The spirit of Jeff Mills’ outer space transmissions is nicely incorporated and the subtle delay from a juicy Eventide harmonizer enriches the spatiality of the track.

The classy stomping broken-beat and mean bassline of ‘The Why of the Thing’ is also worth checking as soon as it’s released on Friday. Thumbs up from us!

‘Beings Of 6 Dimensions’ is scheduled for release 6 November via Futurepast. Order a copy from Bandcamp.

1. They
2. The Why Of The Thing
3. Rage Against The Dying Of The Light
4. Uninhabitable Zones