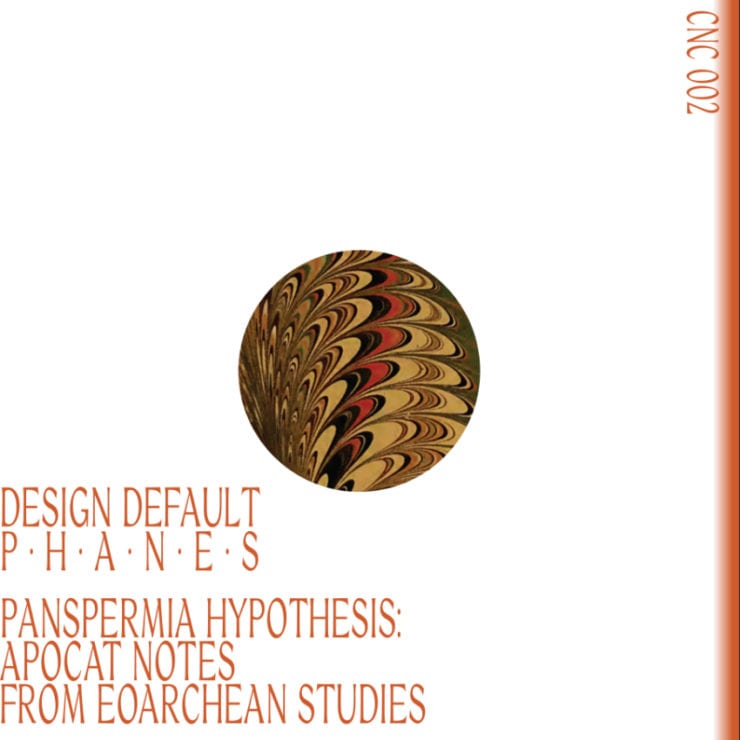 Following a stellar EP from Manchurian artist Herron, New York’s Club Night Club are back, this time with an EP of detailed club cuts from Design Default. There’s no lack of head-scratching moments on ‘P.H.A.N.E.S’, which consists of four hyperactive hybrids including a remix from Significant Other.

Compared with the experimental ‘Dawn Chorus’, which was released on Fragil Musique in 2018, the Parisian producer’s latest release is more concerned with dancefloor functionality. That said, tracks like ‘Lyrids’ and ‘Quarantids’ retain an experimental edge, meticulously constructed worlds that reveal astonishing details upon each listen.

Our pick is ‘Geminids (Significant Other Remix)‘. The label co-founder rounds off proceedings with a chugging rework, closing the release in “true CNC style”. While the tempo is low, the angst remains high on this breaks-laden number. Saturated with reverb and delay, synths seem to shriek and snarl as they’re pushed towards breaking point.