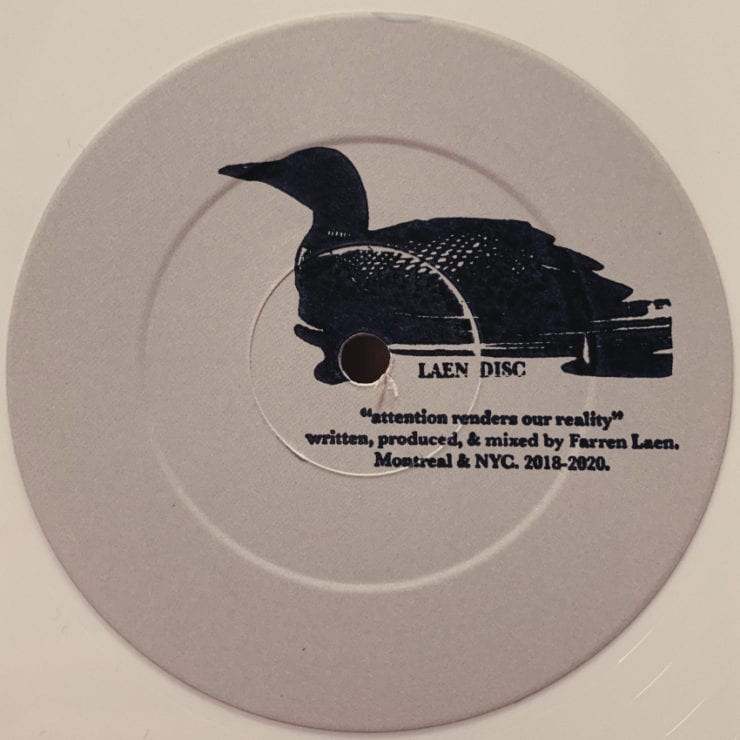 As one of the founders of Montreal’s storied 00:AM crew, Farren Laen has certainly been responsible for solidifying what we think of as a specifically Canadian house sound. The party series turned label has put out releases and hosted parties with  the usual suspects of trans-Canadian movers and shakers, Adam Feingold, D. Tiffany, Flørist, Priori, to name a few.

But on his first solo outing, Laen finds a distinctly fresh sound across three distinct dance floor weapons. ‘Blue Flame‘ is a deep emotional cut of acid while ‘A Word Spoken‘ has the light bounce that many of his fellow compatriots have exported worldwide (with, I should add, a slightly more aggressive 303).

For our premier, however, we set aside the Trans-Canada highway and follow Laen’s journey up Interstate 87.  ‘This World‘ is proper New York house. What makes this track different from say its Vancouver counterparts is the confidence of the kick. Whereas the rain and Indica strains of Canada’s west coast often equate to the type of meandering rhythms that work best on a long contemplate car drive, Laen takes his cues from the late night revelry of the Montreal-New York axis.

But don’t get me wrong – this is still a very pretty song that will sound just as good as you livestream to your pals on Zoom as it will on a Funktion 1. Chords undulate across the track while a 5-note looped harmony tries to crawl out from behind the song’s rich textures. Add in the classic house vocal sample and you’ve got the makings of a proper eyes-closed on the floor moment. The second half of the song keeps the swung rhythm but adds a bit more teeth to the chords, with an echo that gives the track an almost Berlin techno flourish.

‘Attention Renders Our Reality’ is scheduled for release 30 November via Laen Disc. Order a copy from Bandcamp.