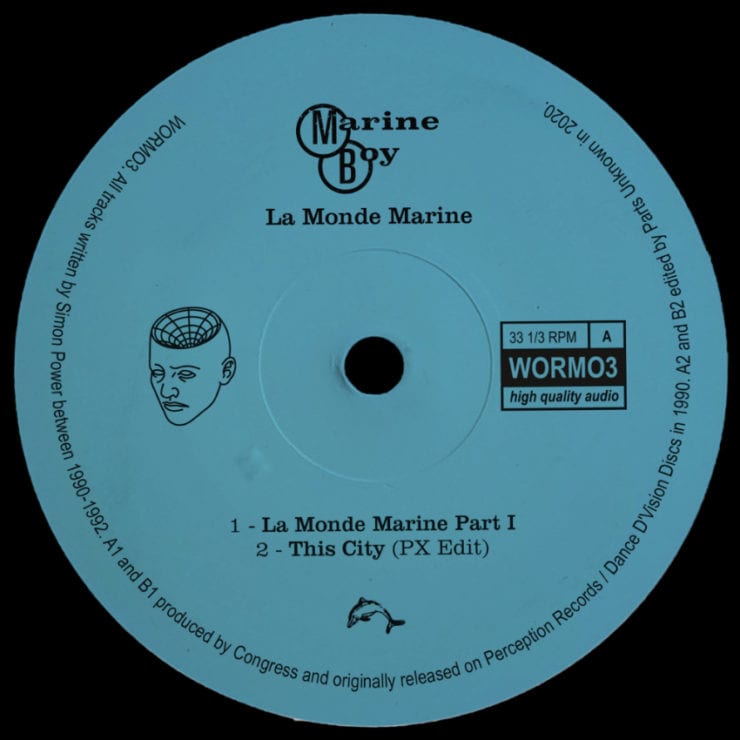 *This premiere is part of our collaboration with Craigie Knowes, in which we cast a limelight on the Scottish imprint through editorial and a limited run of exclusive merchandise. Buy + View Merch.

A few months ago, I noted that many of Cragie Knowes newer releases have paid obvious homage to the electronic music of the nineties. Wormhole Wisdom, one of the label’s newer offshoots, has laid these influences bare, as Discogs tells it, specialising “in the remastering and reissuing of rare electronic records”.

Wormhole Wisdom’s latest effort sees the restoration of 6 tracks by Marine Boy, whose forrays into diverse dance music variants saw him cover a lot of ground – notably remixing the seminal ‘Don’t Make Me Wait’ by Peech Boys under his Atomix alias. However, arguably, his productions as Marine Boy are some of the best from his catalogue.

‘Laura Laura’, which originally appeared on an untitled white label in 1990, is a relatively simple composition, the main building blocks of which are drums, strings and bass. Clearly a product of a certain era, ‘Laura Laura‘ has a naïveté to it that feels almost alien when compared to much of today’s studio trickery. This is not to detract from its worthiness for the reissue treatment. On the contrary, it’s a testament to the fact that it ain’t what you got, it’s what you do with what you have.