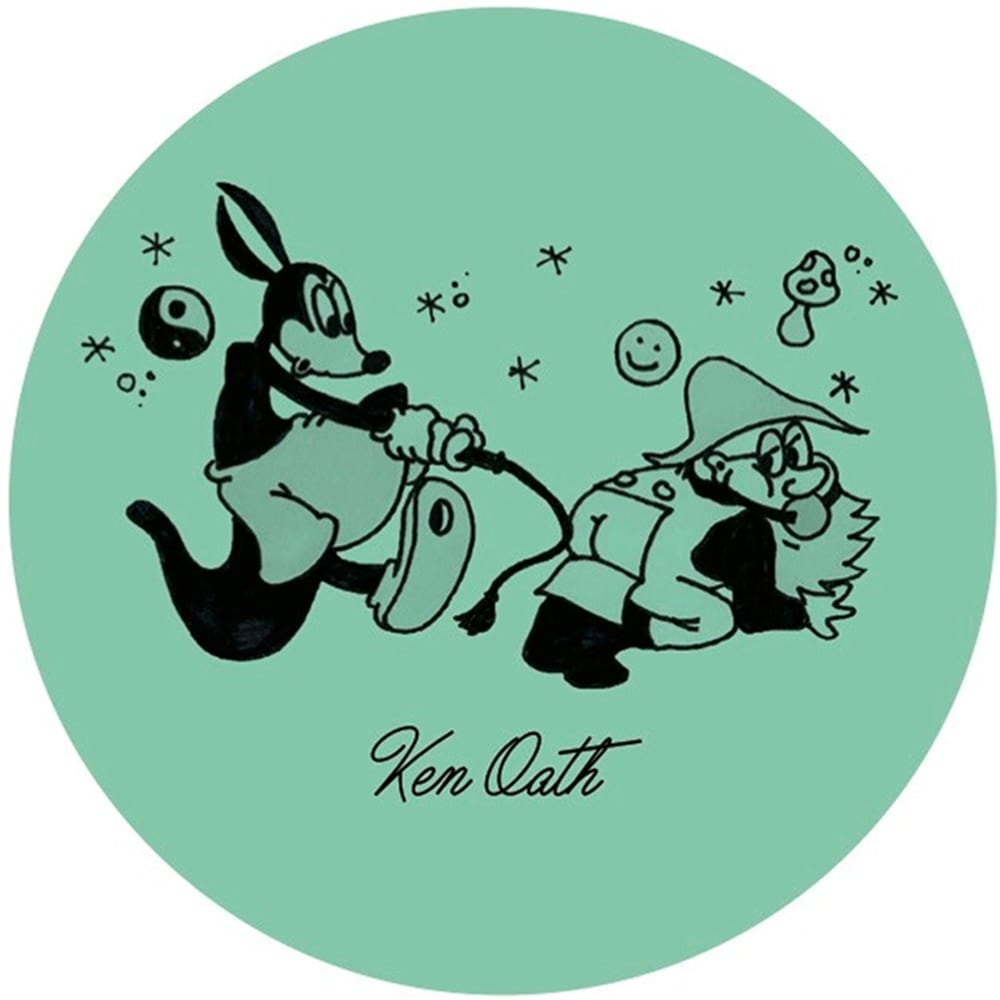 Incepted earlier this year with the aim to showcase endemic talents from the OZ area, Sydney-based imprint Ken Oath has already started making quite some noise in Europe with their previous releases – Earl Grey and James Greville having already laid some solid foundations to the newborn label thanks to offerings from local prospects Caravan, Low Flung and The Possé.

For their fifth iteration the Australian crew return with a five-track 12″ courtesy of Adelaide’s Furious Frank – already responsible for a split last year on the excellent Butter Sessions followed by his solo debut on Vector Works a few months later – explained to pay tribute to the “many mushroom picking spots in the surrounding hills of his hometown“.

On the menu of this ‘Magic Mountain‘ EP, a psychedelic patchwork of meditative soundscapes, squelchy 303 spurts and oddball electro rides 100% fit for late night extrasensory loitering. Finest piece of this hallucinogenic puzzle, the lead track ‘Dangerous Dancer‘ alternates sheer moments of druggy divagation and sure-handed bleep and broken tech buildups, losing you in between its multiple folds and creases to better take full advantage of your body and mind on the dancefloor.

Magic Mountain is released via Ken Oath in September, pre-order a copy from Rubadub.

A1. Magic Mountain (ft. Mic Mills)
A2. Dangerous Dancer
B1. The Grotto
B2. Heysen Trail
B3. Woorabinda Reserve