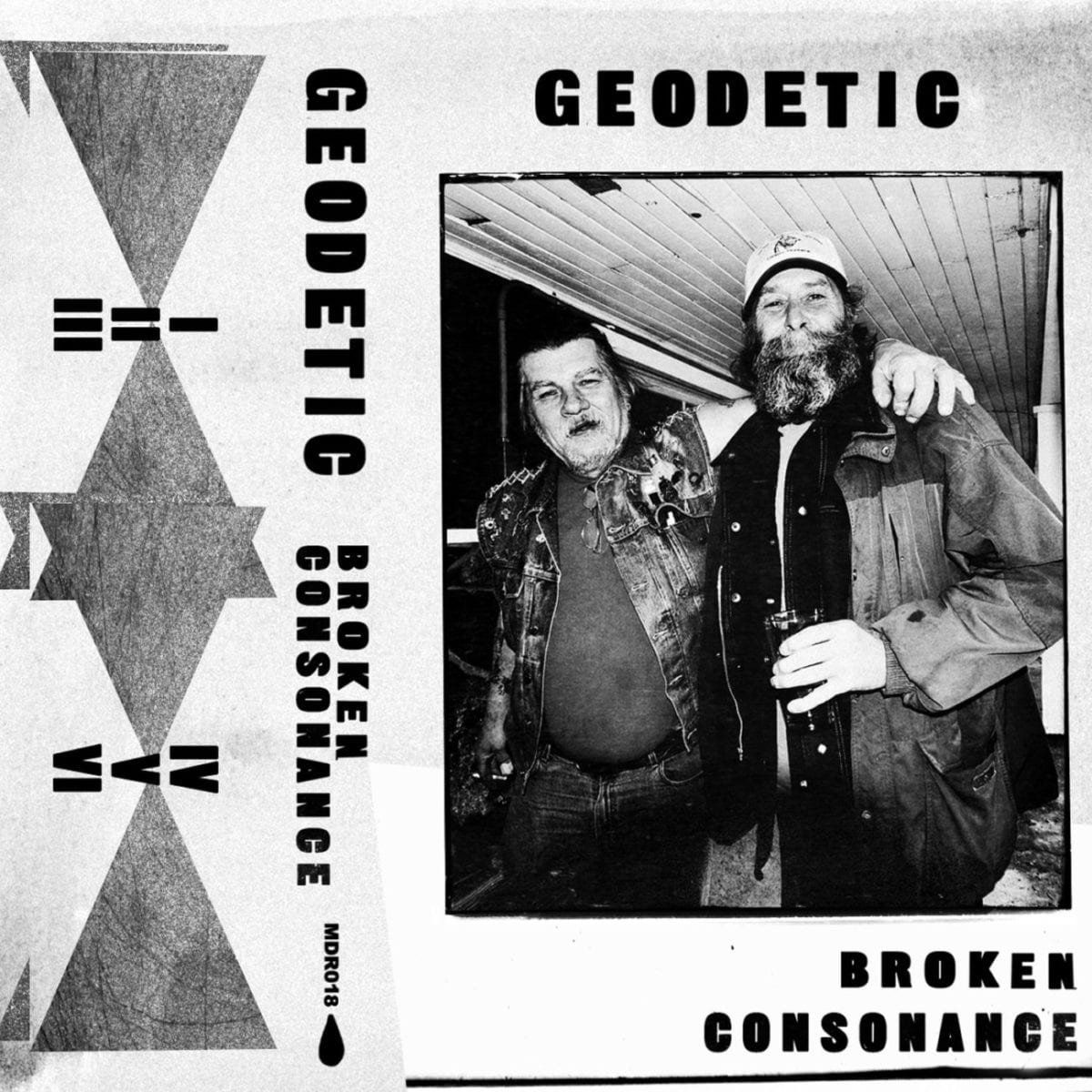 The name Geodetic may not sound familiar to your ear for now, but the duo operating beneath sure should ring a bell to all appreciators of the noise-leaning, vanguard electronic music scene. Started in late 2016, Geodetic is the joint venture of well-known Italian experimentalist Claudio Rocchetti, a close collaborator of Valerio Tricoli, and Jukka Reverberi, founder of post-rock band Giardini di Mirò and half of cosmic electro-disco duo Crimea X.

‘Broken Consonance‘, to be released mid July on Maple Death Records, is the pair’s debut instalment and undoubtedly one that sets the project in motion under the best auspices. As rowdy drums, barbed melancholic pads and boisterous synth flights get dunked through a coarse-grained sound design, the vibe is equally solemn and uplifting on the mesmeric ‘III‘.

Shrewdly moving from the more extreme fringes of industrial and EDM onto the vibrancy of BoC-friendly electronica soundcapes, it’s a fascinating spectrum of sound and feelings that unravels here, offering the kind of immersion that’ll haunt your thoughts for some time to come.

Broken Consonance is released via Maple Death Records on 14th July, pre-order a copy from the label’s website.