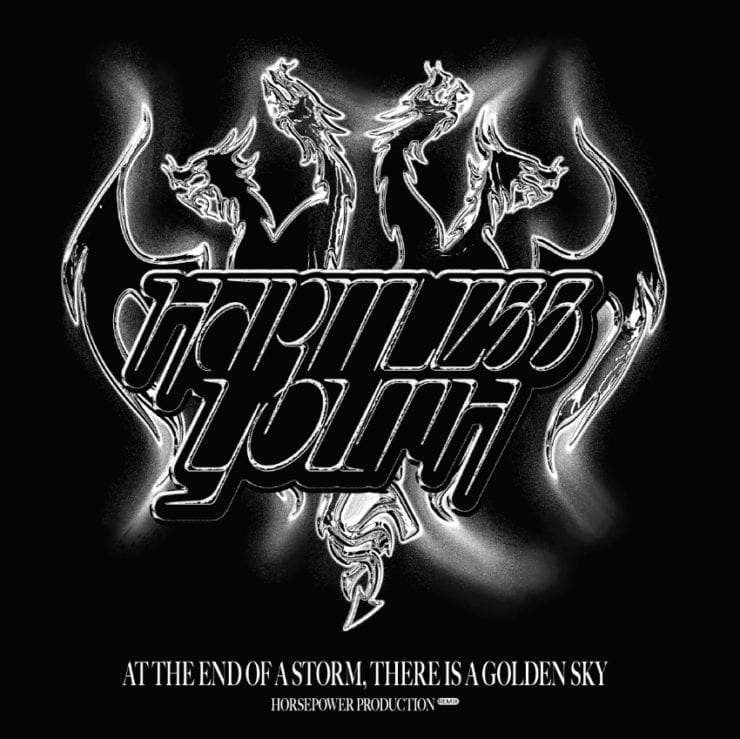 Fresh off the back of January’s killer release from Formally Unknown, Harmless Youth make a welcome return with Horsepower Productions on remix duties.

Horsepower and Harmless Youth have some history, with Benny Ill, one half of the heroic duo of UK dance music, making the trip to Prague in years past. Friendship thus struck, it was surely a matter of time before the label — whose penchant for the UK vibe is prevalent across their discography — made a pact with the pair to join forces on a release.

‘At The End Of A Storm There’s A Golden Sky’ — a smooth-cruising track at the intersection of trip-hop and techno — provides the source material for Horsepowers’ rework, a thrilling and truly essential cut which captures the poetic essence of the title with an authority that befits their legendary status.

HP waste little time in getting to the juicy bit: from deep within the short atmospheric induction comes an onslaught of tactile, cerebral breaks, unfolding from the system to envelop the listener like a cyclone, an inescapable deluge of rave-ready sonics that — never still, never dull — begin their long euphoric journey towards that golden sky. Vital work from one of the UK’s most steadfast production duos.

‘At The End Of A Storm There’s A Golden Sky’ is scheduled for release 22 March via Harmless Youth. Order a copy from Bandcamp.