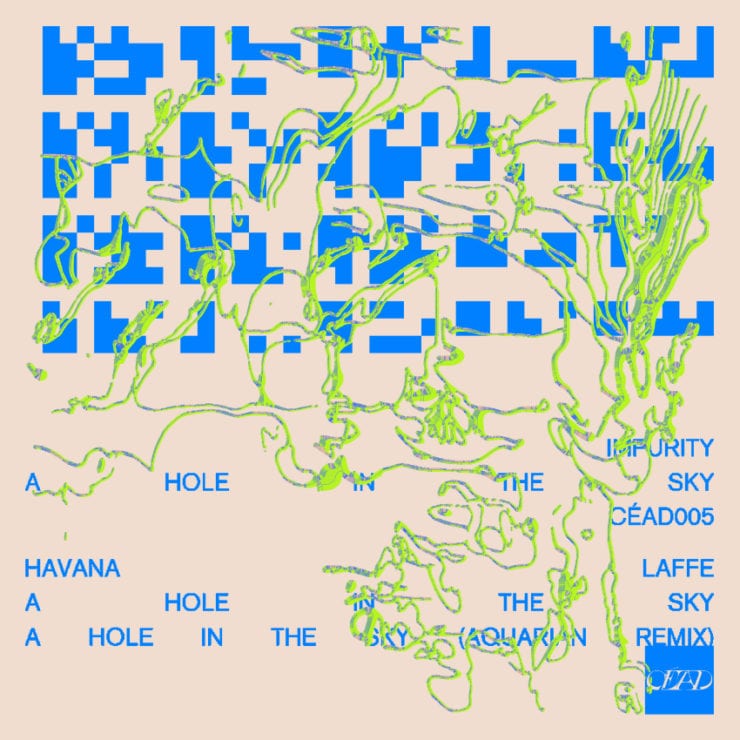 Or:la’s record label Céad is closing the year with a three-track extended player from Liverpudlian producer Impurity named ‘A Hole In The Sky‘, and coming complete with a remix from Aquarian.

Since its founding in 2019, Céad has been putting out sterling releases from the fringes of dance music. Although only six releases deep, the music (and ever-luscious artwork from Patrick Savile) sets a high bar that resists a fast-paced schedule.

Impurity’s offering is apparently indebted to the dubstep parties held around the city throughout the 00’s: the genre’s undisputed heyday, when speaker stacks dwarfed the ravers in tiny offset rooms and the low frequencies stirred up the blood in your veins.

Suitably, ‘A Hole In The Sky‘ matches both the period’s cavernously deep bass punches and sporadic and clear-cut drum work. Impurity steps up the game for the modern age, and very swiftly we find a far more complex composition. Syncopated and panning drum beats slam against burst-fire of warped chatter, summoning trance-esque arpeggios that carry the track onto its conclusion.

‘A Hole In The Sky’ is scheduled for release 16 December via Céad. Order a copy from Bandcamp.