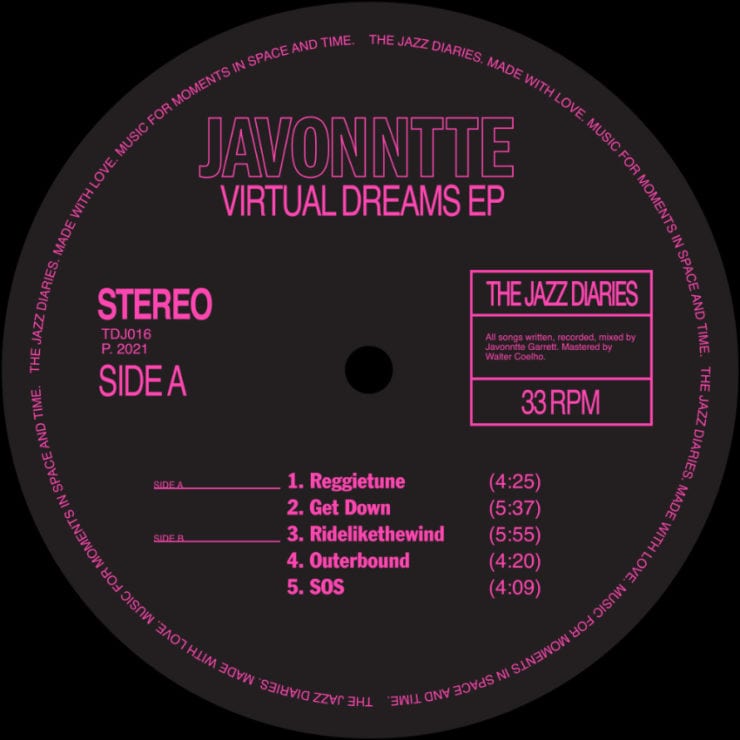 Veteran producer Brian Garrett has been releasing tracks as Javonntte since the nineties. However, in the past five years, his output has really ramped up, releasing a staggering 36 EPs since 2016 on labels such as Lumberjacks In Hell and Eglo Records.

On his debut for Jitwam’s The Jazz Diaries, the Detroit artist shows his well of creativity is far from dry, delivering five slick and soulful cuts with the warmer months in mind. Many are coloured by silky vocoder action including our pick, ‘Get Down’.

A carefree pulse and sensual vocals, the track is the kind of hazy funk that’s equally suited to balmy terrace parties as to sweltering clubs. Javonntte makes it look too easy. It’s almost as if he’s daring the listener to stay still.

‘Virtual Dreams’ EP is scheduled for released 23 April via The Jazz Diaries. Order a copy.