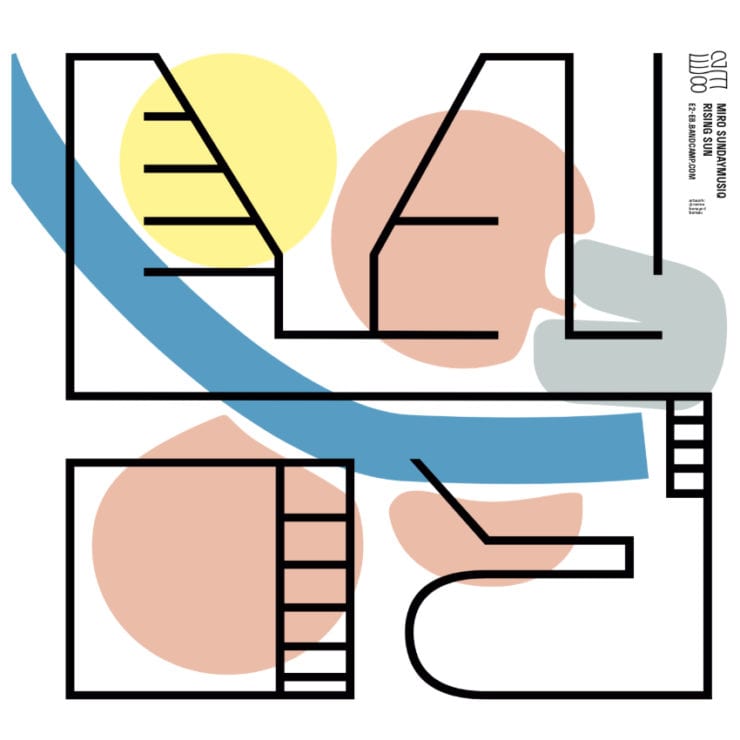 London-based selector Luca Schiavoni, a longstanding host of the excellent E2-E8 show on the cities’ Netil Radio, launches his label of the same name with ‘One‘, a split release from Netil family Avsluta and Miro SundayMusiq.

While we’ve charted music from Avsluta for a short while now, covering both her collaborative LP as Vādin and her critically acclaimed solo work, Miro’s music is new to our roster — perhaps as a result of his unending efforts as station manager in keeping Netil Radio running to schedule each day, as well as operating the ‘Morning Transition‘ show almost every morning.

With only one other full release (via Animals on Psychedelics), his discography is rather brief, making the two tracks on E2-E8 all the more vital. Both of Miro’s cuts here are deeply aligned with his ethos of ‘pacifist techno’, a term he has made himself with his smooth and elevating selections for radio and dancefloor alike, which play at the crossroads of ambient, techno, and trance.

That said, we’ve picked the ‘Non Pacifist Trance Version‘ of ‘Rising Sun‘ for our premiere: far be it from a snarling dancefloor wrecker, the track is still a relatively gentle piece, but by raising the prominence of the bass and certain atmospheric elements, it’s more of a dancefloor carrier than the ‘pacifist’ counterpart. The restraint in the track makes it a powerful slow-burner tool to gradually elevate the mood, but the balance with deep basslines and gliding arpeggios keep it rooted in making people’s feet move.

‘One’ is scheduled for release May 31 via E2-E8. Order a copy from Bandcamp.