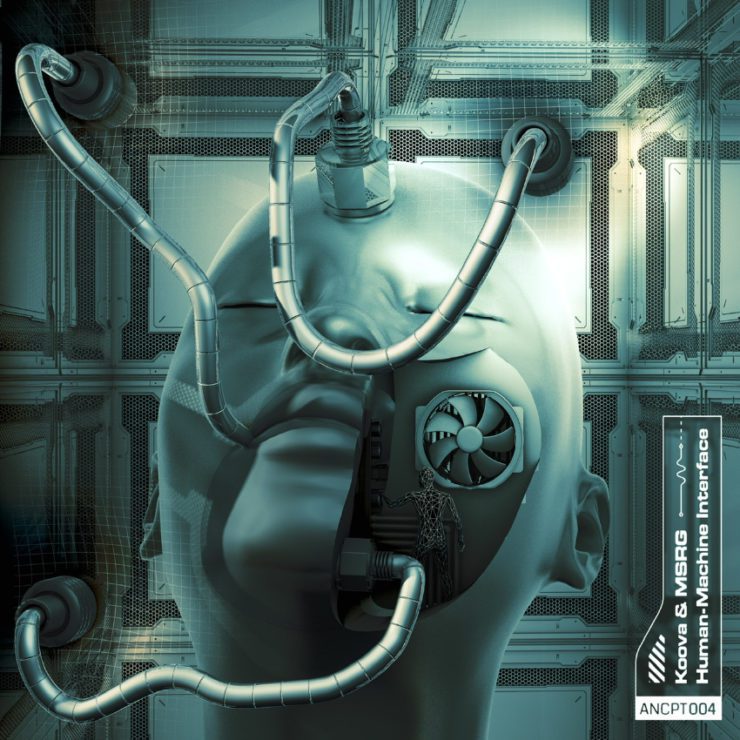 Following an EP of finely-tuned electro from Aquatronics and MSRG, Analog Concept are back with their fourth release. Featuring MSRG once again, it’s another split release from the Russian label, who devote the record’s other side to the intricate grooves of Koova.

In addition to his productions as Koova, It’s possible that some listeners may also be familiar with Gavin Pykerman’s work as a part of London Modular Alliance. The hardware-focused trio have released on some of the most crucial electro labels over the past few years including Cultivated Electronics, Central Processing Unit and brokntoys.

Pykerman’s solo work predates the formation of London Modular Alliance. First appearing on Soundcloud nine years ago, ‘Is This Machine Recording’ is one from the archives. This whimsical bit of IDM harks back to an even earlier era thorough and could well have appeared on a compilation such as ‘Artificial Intelligence‘ in the early nineties.

‘Human-Machine Interface’ is scheduled for release on 20 July via Analog Concept. Order a copy from Deejay.de.