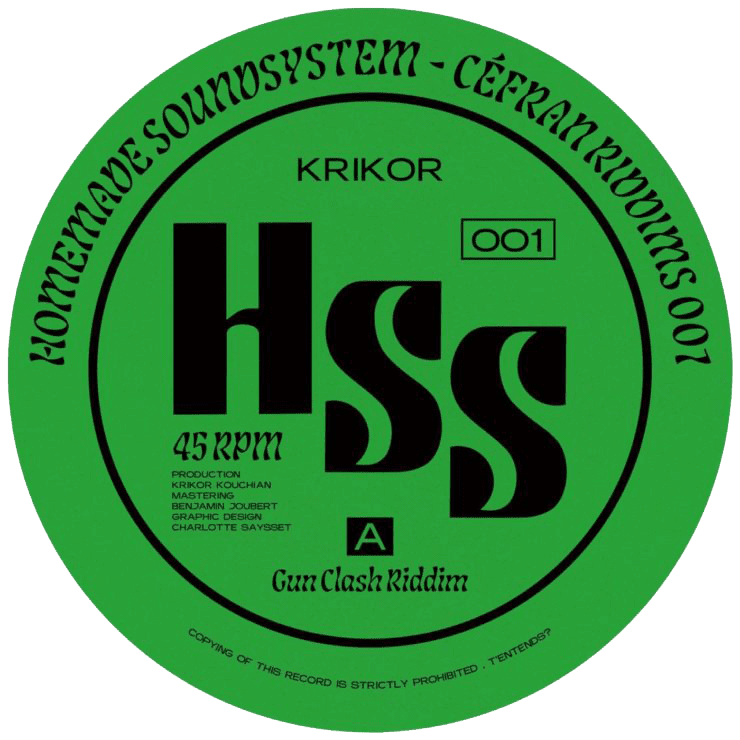 Those keeping a close eye on BFDM socials have been in the know for a while but cat’s officially out of the bag this fall; label boss Judaah is embarking on a parallel venture with Homemade Sound System – a new imprint that sees him return to the roots of his teenage/early adult’s love for Reggaean blends and dancehall riddims.

First record lined up on H.S.S. comes courtesy of longstanding Parisian producer Krikor, whose first exploits trace back to the French Touch’s heyday, and has since been featured on the likes of L.I.E.S., Gravats, Disco Halal, Tigersushi, et al.

Today we’re proud to bring you the exclusive first listen for the record’s enticing B-side, ‘It’s (Not) House Riddim‘. Driven by a spruced-up skanky rhythm and larded with a bunch of mischievous sequential interplays, the track floats in a weightless exotic vibe of sorts, full with trigger-happy drums, textured woodblocks and oh-so-lushly oneiric chimes. The freshest workout you’ll get to hear this season.

Céfranriddims 001 is released via Homemade Sound System in October.

A. Gunclash Riddim
B. It’s (Not) House Riddim