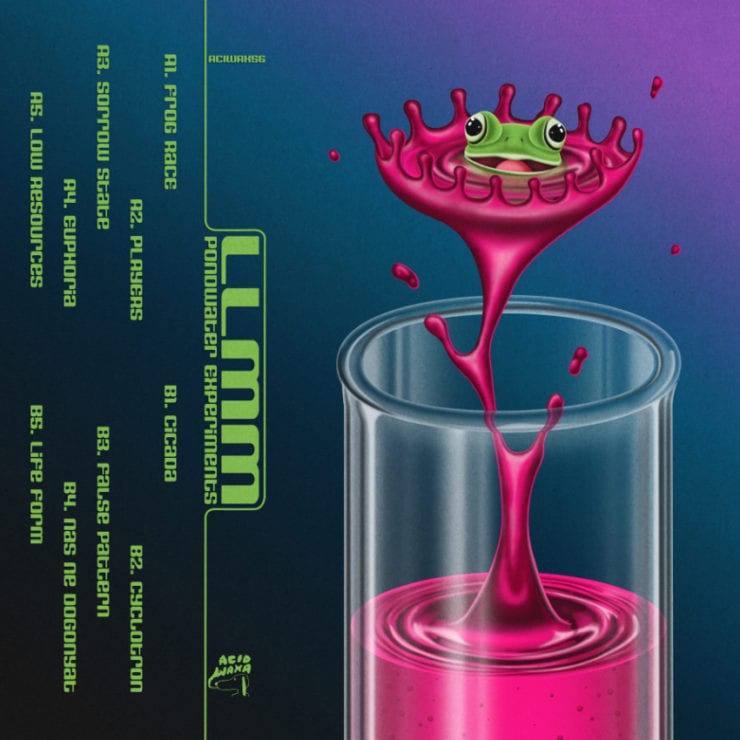 The debut release from San Francisco producer Less Low More Mid is a whirlwind tour through house, breaks, electro and techno. ‘Pondwater Experiments’ manages to cover a lot of ground stylistically, but remains a remarkably cohesive project, a snapshot of a producer whose restless creativity seems full of promise.

Many of the tracks on this release seem like they may have been completed in a single session. Whether or not that’s actually the case, there’s something compelling about the sense of urgency here, the sound of a producer trying to get their ideas down in real time.

Today, we’re excited to premiere ‘Sorrow State’. The drums are used, but functional; the pads simple and familiar. The infectious bassline is what steals the show here, an acidic groove with more than enough kinetic force to take the dancefloor up a gear.

‘Pondwater Experiments’ is scheduled for release 4 June via Acid Waxa. Order a copy from Bandcamp.