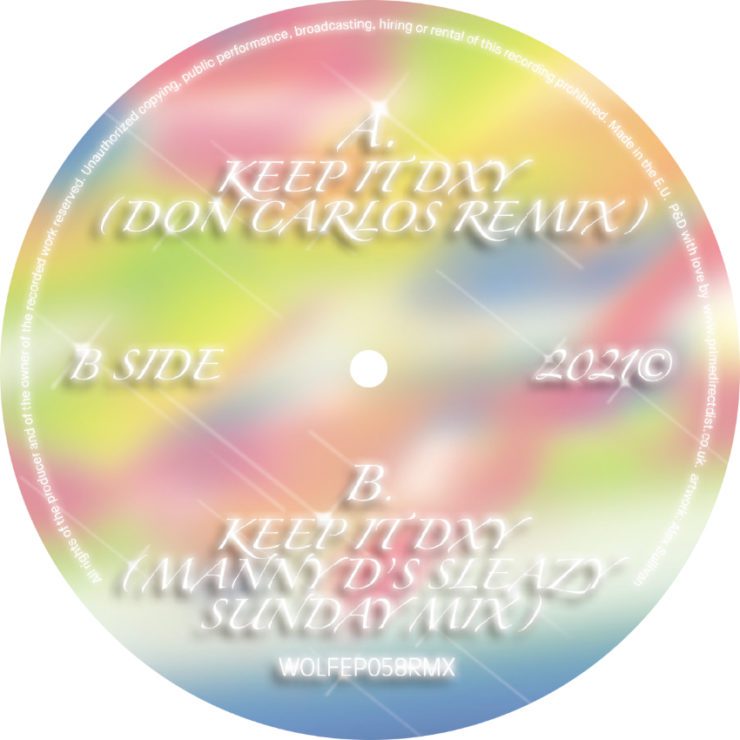 Wolf Music’s upcoming 10-inch pairs New Zealand duo Manuel Darquart with dream house legend Don Carlos. The Italian producer provides a remix of the duo’s ‘Keep It DXy’ on the A-side, while Manuel Darquart deliver a slowed down and funked up version on the flip

Manuel Darquart have really been hitting their stride as of late. Their show Adventures In Paradise on Netil Radio has had a bunch of fantastic guests over the past couple of years, while 2020 saw the London-based duo release EPs on Infinite Pleasure and Wolf Music.

Following their first outing on the label, the pair are now back on Wolf Music with this great remix release. ‘Keep It DXy’ first appeared as the A1 on their Wolf Music debut. With street soul vibes plenty, the Sleazy Sunday Mix keeps the party going even as things shift down a gear.

‘Keep It DXy’ is scheduled for release 20 August via Wolf Music. Order a copy from Phonica.