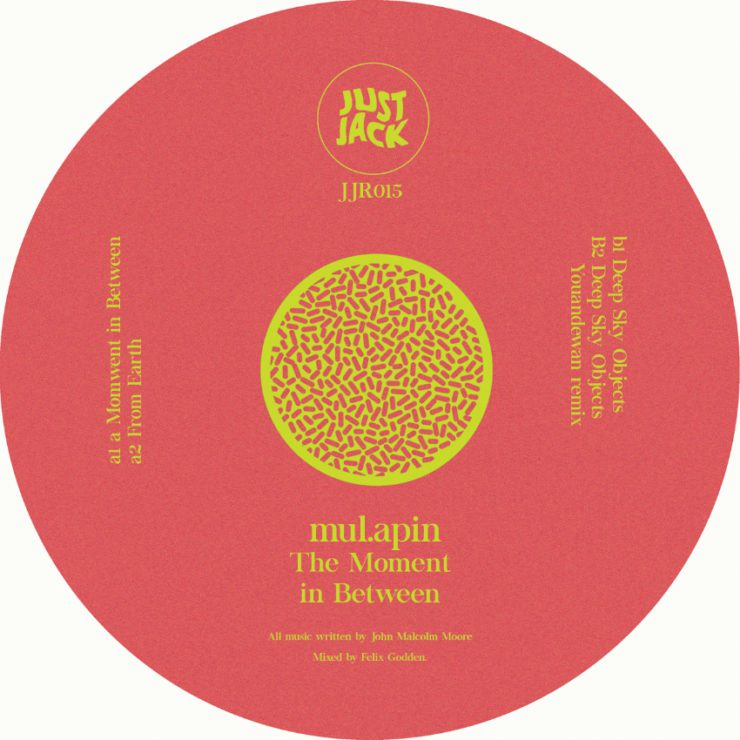 Since 2014, Just Jack Records have been dealing in the kind of no-nonsense house music that their name suggests. The Bristol label have racked up releases from Derek Carr, Mr. G and Gary Romalis among others. However, their next record comes from a newer face, Berlin-based producer mul.apin.

While mul.apin may seem like a relatively new name, some may have encountered the producer’s work as one half of Sisterhood. He’s also released the occasional solo bit under the name Malcolm on labels including Banoffee Pies Records and Casino Edits.

‘The Moment In Between’ is the producer’s most comprehensive solo work to date. From the minimal funk of the title track to the reverb-soaked ‘From Earth’, it’s a floor-focussed affair throughout. The always excellent Youandewan delivers a stellar remix, but our pick is ‘Deep Sky Objects’, a track whose crisp hi-hats and mesmerising synths are bound to keep the dancers happy.

‘The Moment In Between’ is scheduled for release 27 August via Just Jack Recordings. Order a copy from Bandcamp.