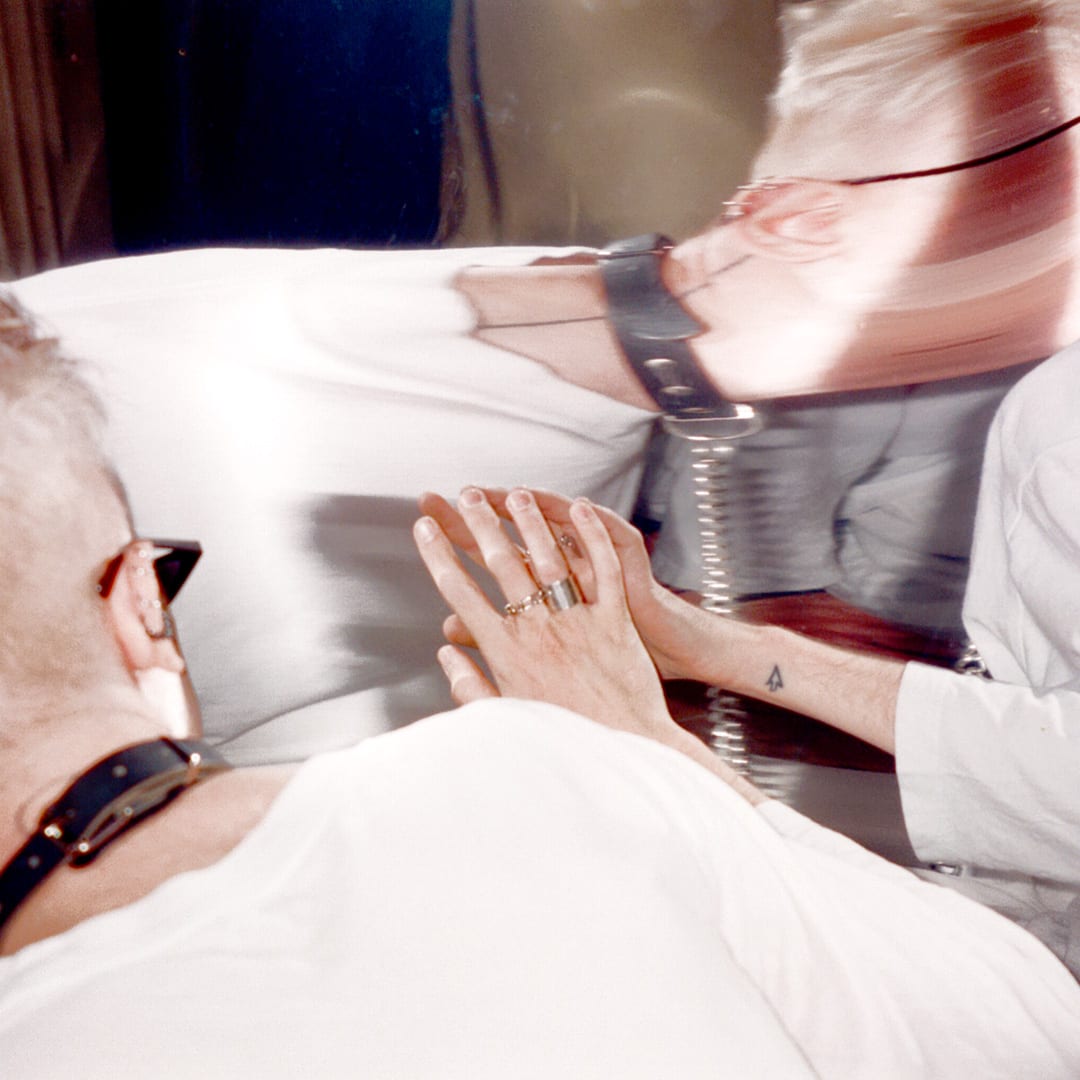 For their second release of the year after a digital EP courtesy of label owner Willis Anne himself, Berlin’s LAN have chosen to hand the reins over to Moscow-based producer Meshes, an unheard talent that shall not remain secret for long. His debut tape, ‘Jertva‘, drops October 1 in the stores.

By his own admission, Meshes’ sound is a gritty crossover between “uncompromising techno“, the “cold melancholy of EBM and the aggressiveness of punk“, all drenched in “an atmosphere of spiritual madness“. As an influence, the man cites “the early works of Hildegard Von Bingen and other stuff from the XIIth century“, but if we were to draw parallels with his contemporaries, we’d say his music evokes a nasty, highly addictive combo between L’estasi Dell’oro and Ekman.

Our pick ‘Sign‘ goes straight for the jugular with its hi-NRG mix of 303-driven savagery, frantic drum programming and moaning vocals on a post-Gregorian, emo-punk inflected tip. Ruff and tuff as it gets, the track booms and bangs like a punch ball on automatic fire – its dramatic buildup cleverly reinforced by nostalgic breaks, emotional strings and Meshes’ haunting choruses. Top stuff.

Jertva is released via LAN on 1st October, pre-order a copy from Bandcamp.

Discover more about Meshes and LAN on Inverted Audio.