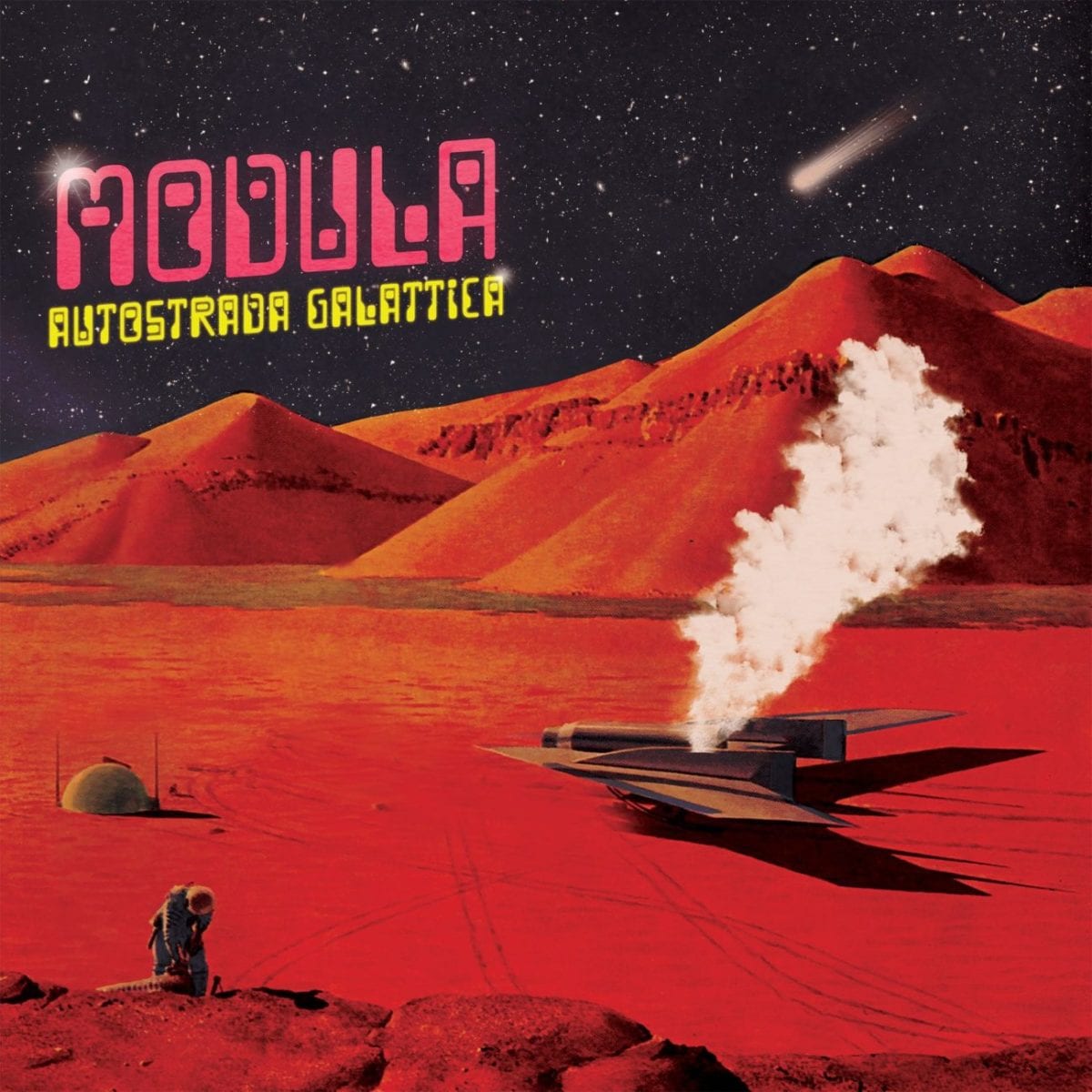 After a few excursions on a variety of European labels including Stay Underground It Pays and Rawax, Naples born and raised producer Modula is set to release his debut full-length album via Dutch imprint Bordello A Parigi, a label that’s become quite the institution when it comes to sensual nu-disco, cosmic oddities and choice edits of vintage dance music gems from all around the globe.

With ‘Autostrada Galattica‘ Filippo Colonna Romano clearly sets his sights on scopious sci-fi friendly horizons. As evidenced by the artwork and story behind the album, it’s a fully immersive sonic odyssey that you’re invited to: “The mind, heart & body of the listener combine to experience the observations, intuitions & perambulations of our celestial voyager & share in his manifold responses to an abundance of unexpected emerging discoveries…”

The text accompanying the music evokes the destiny of a being known as Kulster Zurg, who escapes the destruction of his planet, plunged in a cryogenic sleep as his spacecraft desperately seeks a fertile planet to settle on. The shuttle is suddenly forced to land in emergency and the cosmonaut is left to explore the strange and formidable planet by himself…

With the supreme support of Troy Shanks on guitar – better known for having played all guitar parts on A1 People’s ‘Fresh Juice‘ LP, as well as Early Sounds homeboy Whodamanny who took care of the whole LP’s mixing, Modula’s ‘Inaspettata Partenza‘ gives full vent to his spaced-out sonics by way of epic synth swirls and red-hot chords tearing the atmosphere in smouldering vibratos. A proper hypnotic journey that will get you traversing asteroid fields and lunar landscapes with a sense of lightness and chroma that sounds definitely unparalleled these days.

Autostrada Galattica is released via Bordello A Parigi on 16th January 2017, order a vinyl copy from Juno.

A1. Risveglio Criogenico
A2. Galattica
A3. Rotta Di Collisione
A4. Pianeta Ritrovato
B1. Curiosa Scoperta
B2. Spiagge Solfuree
B3. Inaspettata Partenza
B4. Ritorno A Mifone

Discover more about Modula and Bordello A Parigi on Inverted Audio.