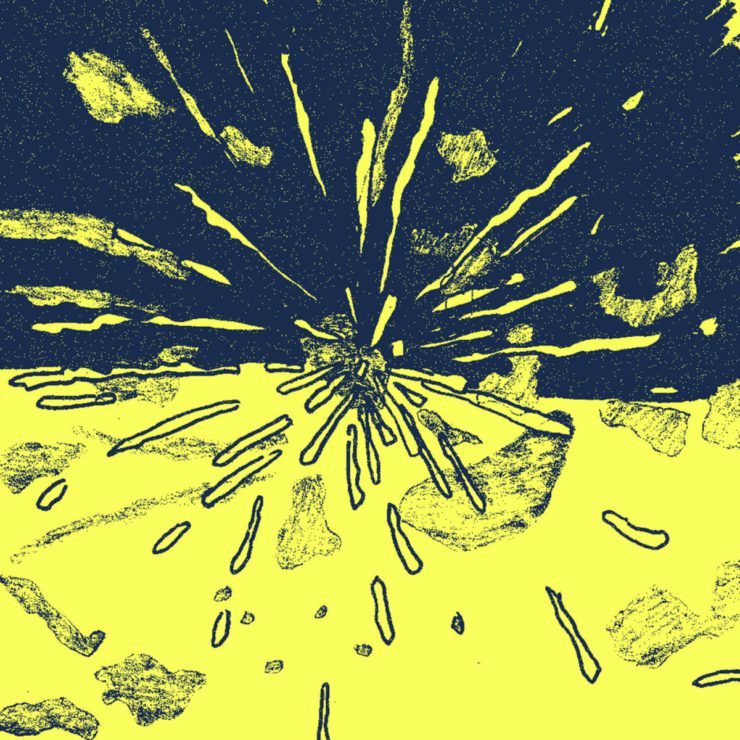 Plus One is the new moniker of the artist formerly known as Matt Finegan. It’s hard to nail down the sound of the Irish producer because, stylistically, it seems that he can’t sit still, trying his hand at everything from bouncy UKG edits to sub-heavy drum and bass.

His most recent EP was a self-released batch of edits inspired by the racing video games of his youth, a major influence on his music taste and production. His break-laden edit of ‘If I Cried’ by Charli XCX was a particular highlight from the release. There are trace amounts of the hyper pop diva’s influence on Finegan’s latest effort, a two-track effort that should help to wrap up the festival season in style.

Our pick is the evanescent and boisterous ‘Sparkler’. The track came about while the artist was messing around with acapellas, eventually landing on what would become the main loop. The producer explains that the track encapsulates the optimistic feeling he had heading into the first summer without COVID-related restrictions and hopes that it can soundtrack some “cathartic dance floor experiences”.

‘Sparkler’ is scheduled for release 5 August via Plus One. Order a copy from Bandcamp.