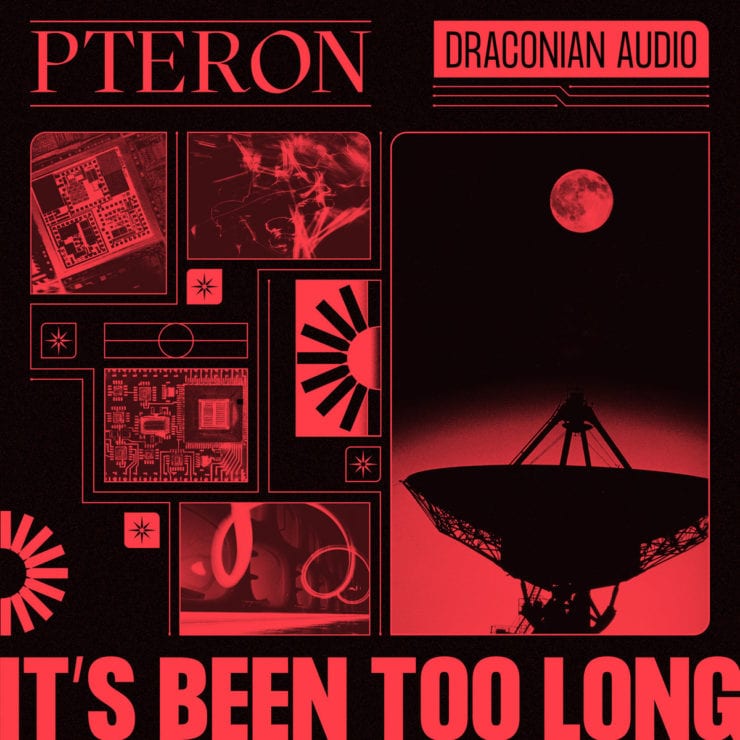 The concept of genre-felling music is much talked up these days; tracks don’t need to fit prototypes, or match preset rhythms. The need for definition is less of a necessity and the world is a lot blurrier than it has been before, for better or for worse. Sonic output in general is harder to categorise, as versatility has become flavour of the month (and year). One of the labels skirting the trend is Draconian Audio, born in Bristol in 2019. Focussing on the breadth of UK Dance culture, the imprint has been releasing purist bass-driven music by a flurry of distinctive artists in its 2 years of existence.

Their latest offering comes from UK born, San Francisco based artist Pteron, who is similarly aligned with Draconian’s inclination towards pushing and creating music unrestricted by genre. ‘It’s Been Too Long’ EP sinks its teeth into all manner of UK underground strongholds, skirting the perimeters of dubstep, drum and bass and techno but cleverly reinforcing the brute power via his clinical eye for sound design. His indiscriminate nods to all manner of UK rave culture helps to create a multi-faceted EP, offering much-needed shelter for the dancefloor fiends craving the rave as well as the home listeners who perpetually chase functional club tracks.

Our pick, ‘Sepal‘, percolates and simmers via angelic intro strings and dysfunctional clicks and squeaks, until the classic break and forceful bassline cut through the elegance whilst retaining a slick structure. The robotic vocal acts as a percussive entity, its echo instilling the desirable junglist rhythm and refocusing the track’s attitude. Sepal’s heavyweight nature is underpinned by a creeping depth and destruction, returning anew and bursting forth continually with sweet severity.

This writer certainly believes that the world needs more music that defies boundary and genre, and Draconian Audio are one of the underground labels stepping up to push the envelope.

‘It’s Been Too Long’ is scheduled for release 12 February via Draconian Audio. Order a copy from Bandcamp.