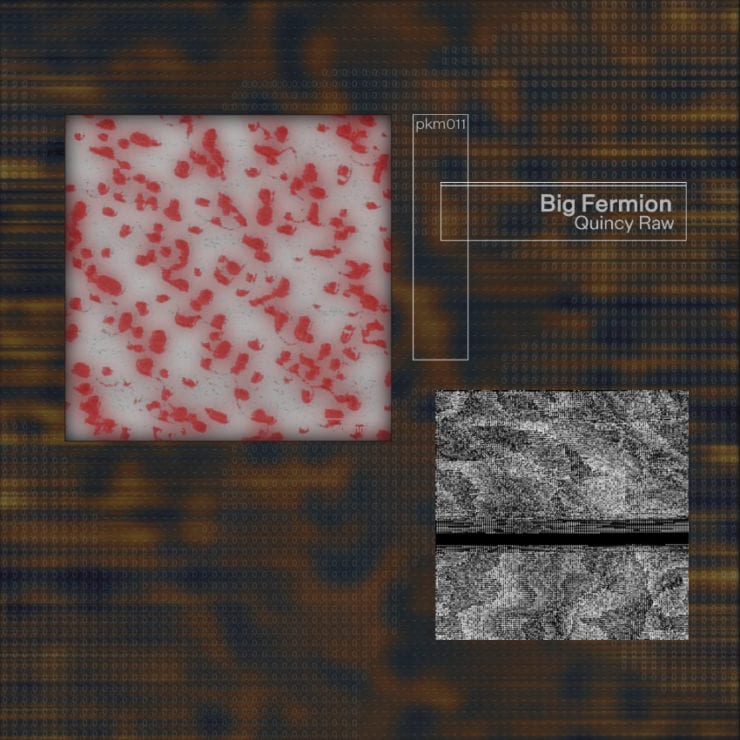 On Pocketmoth’s Bandcamp profile, the label is described as being “for the dancers”, a raison d’être confirmed by the diverse club gear they’ve released since their inception. And while our ability to come together and dance has been largely on hold for the past year, it’s clear that the producer behind the label’s next release hasn’t completely lost sight of the dancefloor.

Following 2018’s ‘timesweeper’, ‘Big Fermion’ is the second project from Quincy Raw to land on the imprint and demonstrates a considerable development in the artists sound and an ability to craft both meditative tracks and more high-energy numbers with finesse.

Much like artwork for this release, captured by atomic force microscopy, ‘Big Fermion’ is clearly concerned with detail. This is certainly evident on ‘Honey’, a track whose rich melancholic tones are supported by a bed of glistening effects and delicate drums.

‘Big Fermion’ is scheduled for release 18 June via Pocketmoth. Order a copy from Bandcamp.