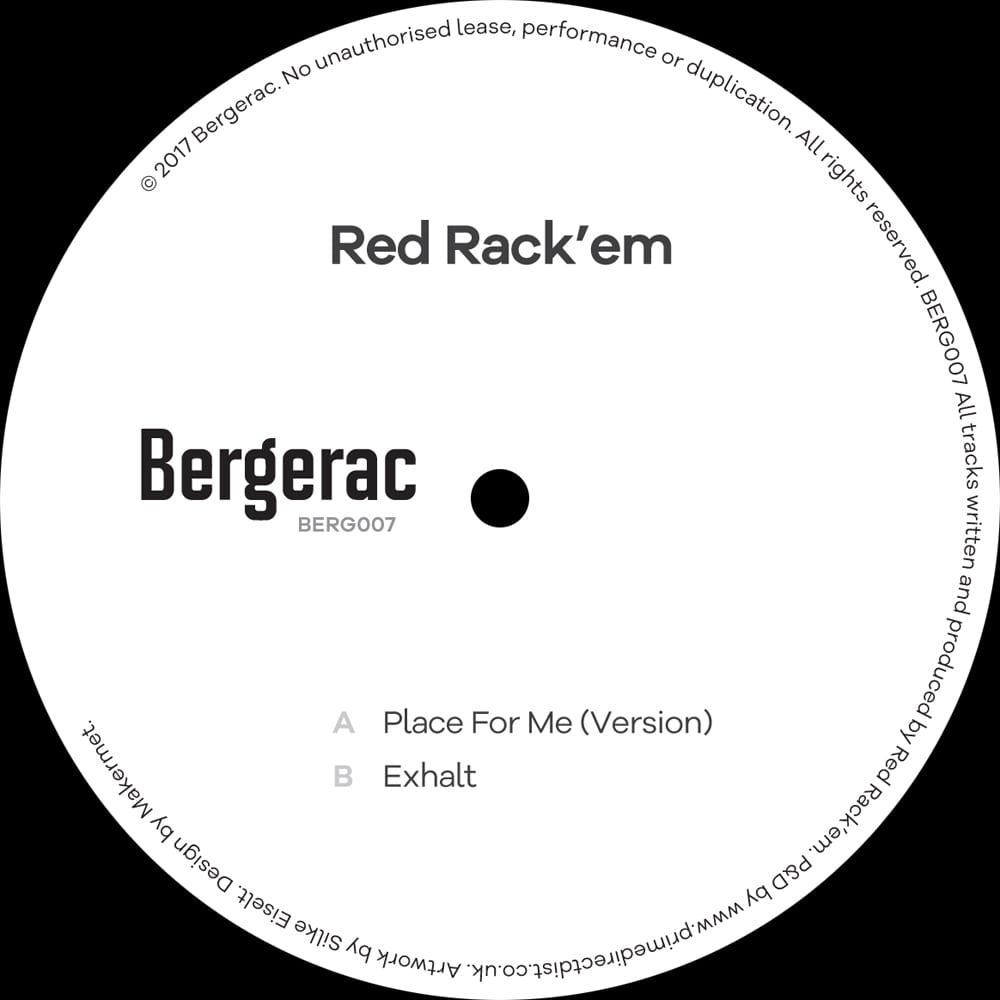 Started in the early ’00s with a string of memorable pirate soul remixes that gained high praise from the likes of Todd Terje, Prins Thomas and many more, the career of Daniel Berman aka Red Rack’em was bound to become a pure disco and house love affair. Over a decade later, the Berlin-based producer would further display the long-lasting magnitude of his talent with the irresistible club heater and best-selling dance vinyl single of 2016, ‘Wonky Bassline Disco Banger‘.

Even though it was technically first released in 2010, the here-premiered cut ‘Exhalt‘ (to be re-issued via Berman’s own imprint Bergerac in a couple weeks) feels far from warmed-over. Interlacing deep celestial vibrations with slithering acid bass moves, the track operates in a league of its own and time seems to have no take on it. Gravity-defying but club-functional to the fullest, this one proves if needed that a good track is like good wine: it gets better with age. Undoubtedly a great vintage for Bergerac, rife with velvety tannins to disclose.

Place For Me (Version) / Exhalt is released via Bergerac on 4th December, pre-order a copy from Picadilly Records.

Discover more about Red Rack’em and Bergerac on Inverted Audio.