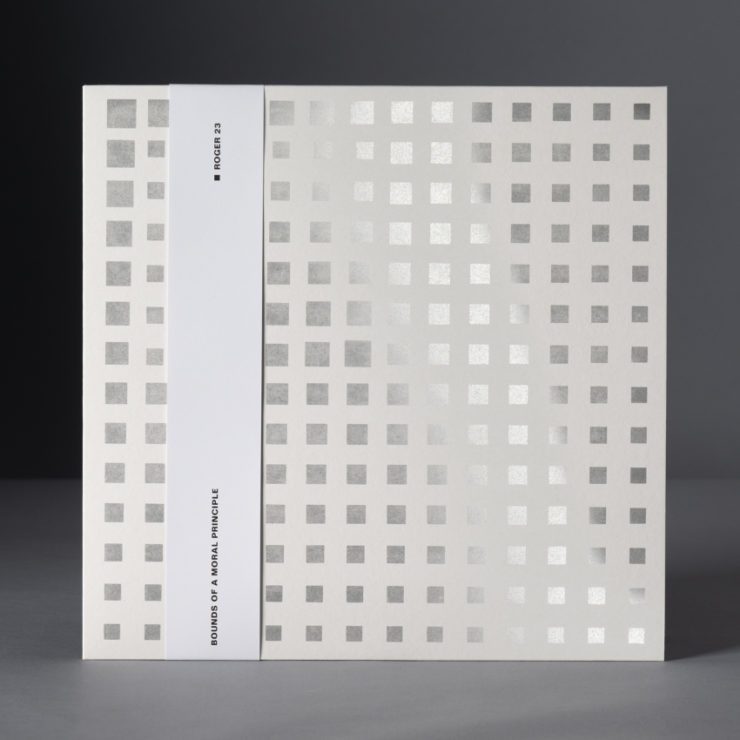 Following a split LP with Dman in 2020, prolific German producer and crate digger Roger 23 returns to the mighty long-player format with the release of his first solo album in seven years through Night Defined Recordings.

Established in 2015 by Juergen Vonbank, the former boss of the now defunct Salzburg-based record store Minerva Records, Night Defined Recordings has become a go-to and trusted source for impeccably crafted leftfield and experimental electronic music, unwaveringly teetering alongside the likes of Workshop Records and The Trilogy Tapes.

Having contributed a track to the ‘NDVAX01‘ sampler series in 2020, Roger 23 steps up to deliver one of the most intricately engineered albums of the year, with the vinyl edition boasting reflector screen printed inner and outer sleeves, hand-stamped labels and paper banderole completing the package.

Our pick form the album is ‘Afta Mi Till Dem Di Soil‘ – a hazy assemblage of blissed out dub techno, reverberated samples and textural synths, sitting comfortably alongside the output of Rhythm & Sound and Basic Channel. This track entices the listener to get lost in the moment…do so without hesitation.

‘Bounds Of A Moral Principle And Established Standard Behavior’ is scheduled for release 7 October via Night Defined Recordings. Order a copy from Bandcamp.