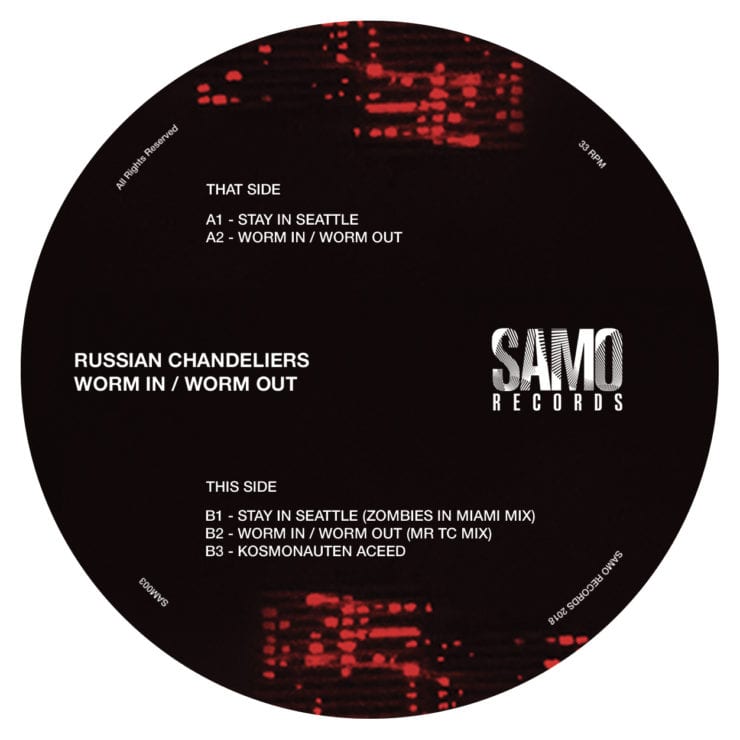 Today’s premiere comes from a brand new project based out of Berlin. Russian Chandeliers is a collaborative effort from the duo of Julian Grefe (of Pink Skull) and Fringe Society (previously releasing under the pseudonym Quell) – melding their previous sonic experiences together into a debut EP for the Brooklyn-based imprint Samo Records.

The track in question, “Kosmonauten Aceed” is a discordant dance floor romper that keeps afloat amongst an industrious structure. Steadying a beat that builds alongside an ear worm of a acid bassline, caked with carefully-placed claps and krautrock klaxons that will inject some life onto the dance floor at any given situation.

Weaving between such sounds is a delicate balancing act, but it looks like this twosome has found their niche within their shared experiences to form a solid foundation. We’re looking to seeing what’s next from them, which is their ‘Worm In/Worm Out‘ EP, scheduled for release 18th January.

‘Worm In/Worm Out’ is scheduled for release 18th January, order a copy from Bandcamp.