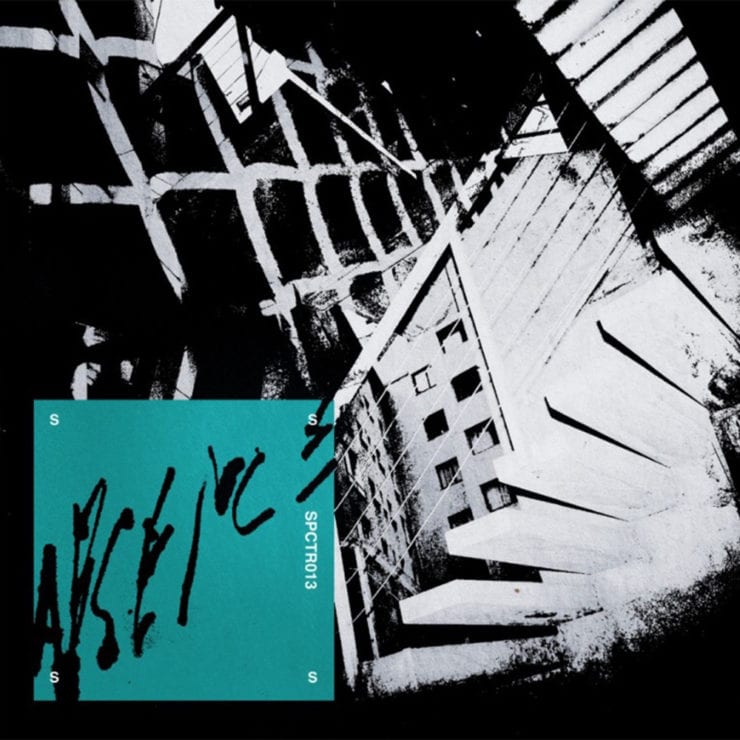 Dismantling dance music traditional references since 2013, Haunter Records have established themselves as one of Europe’s most forward-thinking and experimental labels, flourishing in the home turf of Macao, a former slaughterhouse in Milan, turned into a space for activism and cutting-edge music and art.

Swiss producer Samuel Savenberg aka S S S S is one of the imprints earliest members: his first appearance on Haunter dates back to 2014 with ‘Administration of Fear’, followed by 2015’s ‘Just Dead Stars for Dead Eyes’. 4 years on and Savenberg is back with ‘Absence’, a 5-tracker scheduled for release 15th February 2019.

The press release states, that the extended player could be considered as ‘Just Dead Stars for Dead Eyes’ spiritual successor, venturing even further into the exploration of obscure and industrialised techno.

Our pick ‘Stripped’ quickly escalates from the absence of rhythm to the absence of space, suffocating the ears with rattling and furious drums sliding over the noisy lead, whilst LFO and audio panning generate a vertiginous feeling.

Noise, ambient and techno all converge in this killer track, which we’d love to hear at a rave. Highly recommended!

‘Absence’ is scheduled for release 15 February via Haunter Records in vinyl and digital formats. Order a copy from Bandcamp.