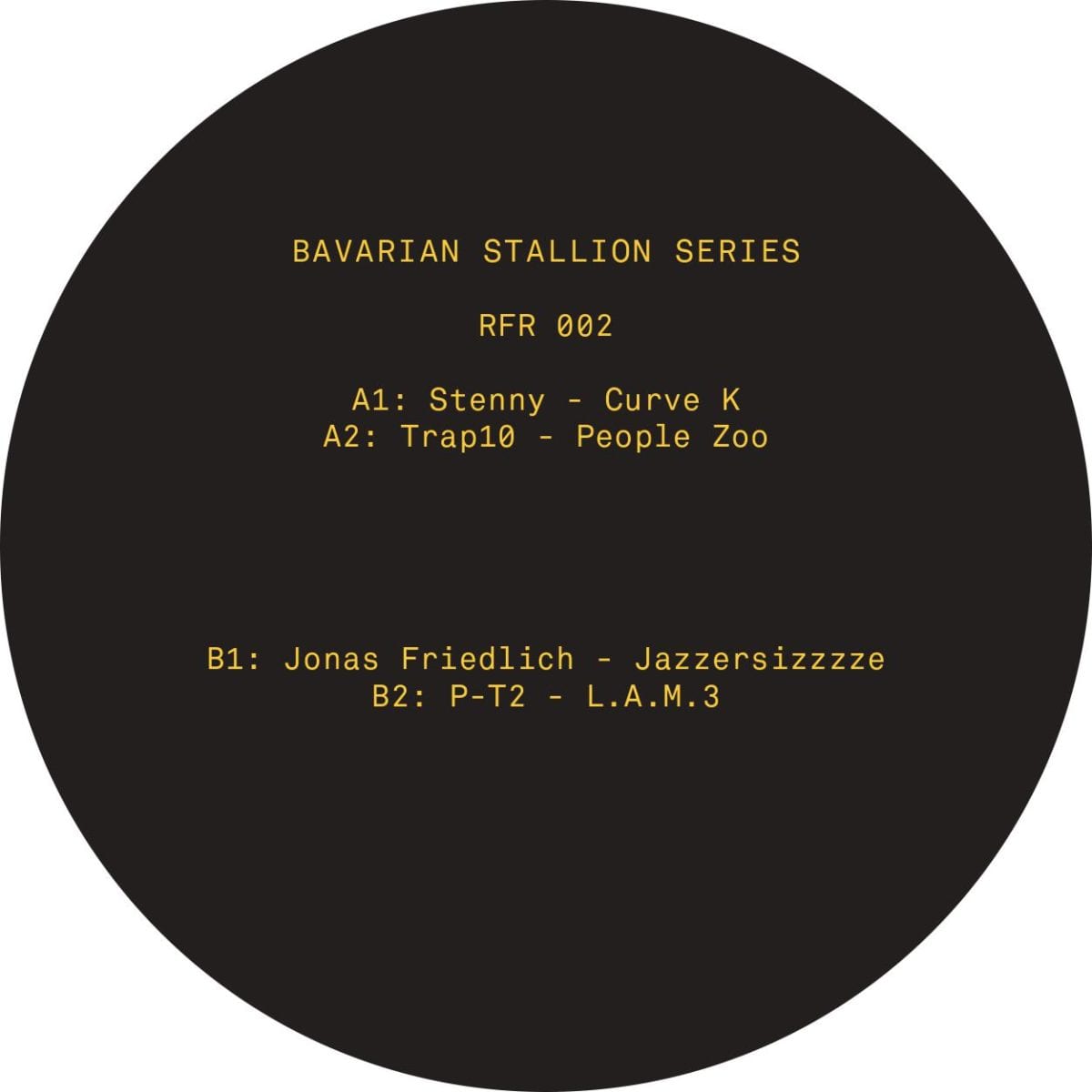 It’s no mystery Munich’s blazing with some of the hottest music right now. With the amount of quality artists and structures continually expanding, the Bavarian scene’s steadily grown from a secondary bastion into a real focal point for all things breakbeat and techno, but also ambient and house, over the last few years. Although obviously less known than their comrades in arms of Ilian Tape for now, the newly-founded RFR imprint is nevertheless quickly settling as a label to keep your eyes on, as they’re about to release their third ‘Bavarian Stallion’ VA of the year already.

Lifted from this solid batch of variedly pulsating tunes, featuring the likes of live duo Trap10, Jonas Friedlich and Red Sun’s P-T2, we’re no short of chuffed to premiere Stenny‘s hyperspeed electro dasher ‘Curve K‘. Blasting a proper concussive, breaks-charged ball of fire with the dancefloor and dancefloor only in gun sight, the Ilian Tape affiliate aligns old school acidic bleeps, bloops, bleached-out pads and fracturing percussion barrages showering as if it were your last outing in the club. Pure adrenaline rush in the form of a flat-shaped, black-coloured missile. BOOM.

Bavarian Stallion Series – RFR002 is released via RFR on 12th July, pre-order a copy from Bandcamp.

Discover more about Stenny and RFR on Inverted Audio.