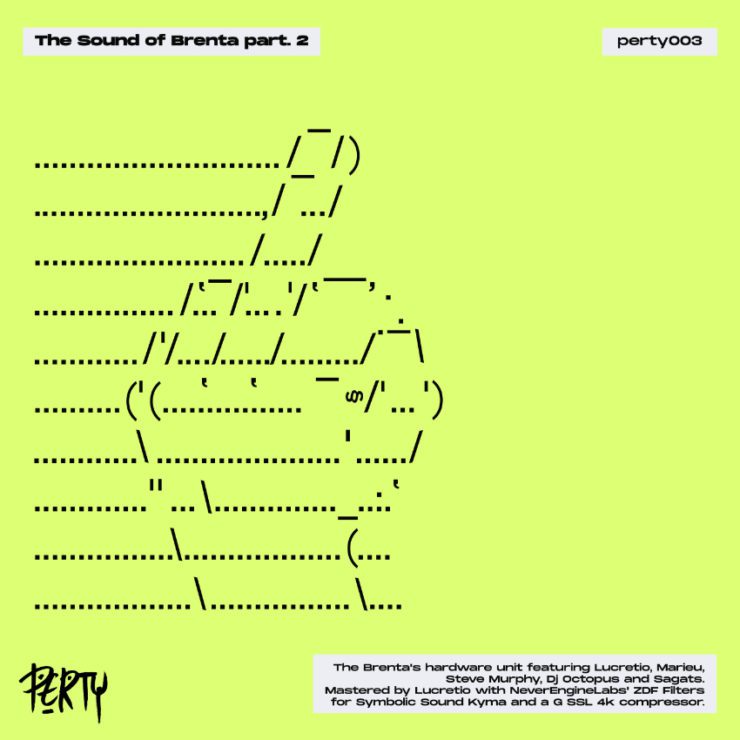 The Brenta familia reunite for the third release on the Perty label run by DJ Octopus. With a focus on live recordings, dancefloor jams meet abstract improvisations on ‘The Sound of Brenta Part. 2’.

An insight into the regional flavour between Venice and Padua, the first chapter of The Sound of Brenta landed on Muscle Records all the way back in 2013. The artists involved all have a passion for older equipment and subscribe to the notion that limitations are ultimately a good thing for the creative process.

Our pick is the threateningly-titled ‘I’ll Be Back!’ by Steve Murphy. The Venetian producer has made a name for himself with his signature raw house sound over the past decade or so. Imbibing some electroclash flavour, the track has a slightly different feel to the producer’s usual fare, though there’s plenty of crunch.

‘The Sound of Brenta Part. 2’ is scheduled for release 28 February via Perty. Order a copy from Bandcamp.