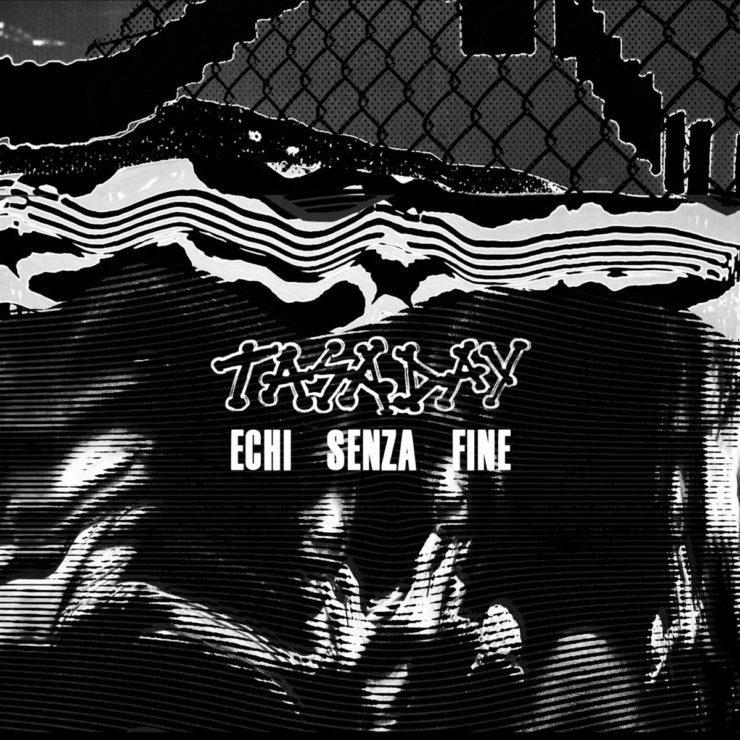 Raw Culture prepares to unleash their first album of the year in the form of a remastered compilation of unrestrained DIY electronics from seminal Italian post-industrial group Tasaday.

Named after the discovery of the Tasaday tribe in 1971, a previously unidentified dynasty living in a secluded area of the Philippines just 1,000 miles east of Vietnam, the musical project of Tasaday were active between 1984 – 2004 and was formed of two bands Die Form and Orgasmo Negato, later named Nulla Iperreale.

Their productions are sand paper raw and against the grain, pushing speaker tearing sonics to the absolute limit. Presented in the form of a vinyl LP including a collage of visual and textual material from fanzines – ‘Echi Senza Fine’ is the result of a three year research project conducted by Raw Culture, resulting in an unnerving collection of menacing sounds.

Our pick from the release is ‘La Notte è piena di echi‘, rugged electronic pulses and gritty frequencies, the track has a skewered character to it that feels like an archive radio transmission beamed straight out of the depths of hell.

‘Echi Senza Fine’ is scheduled for release 23 January via Raw Culture. Order a copy from Bandcamp.