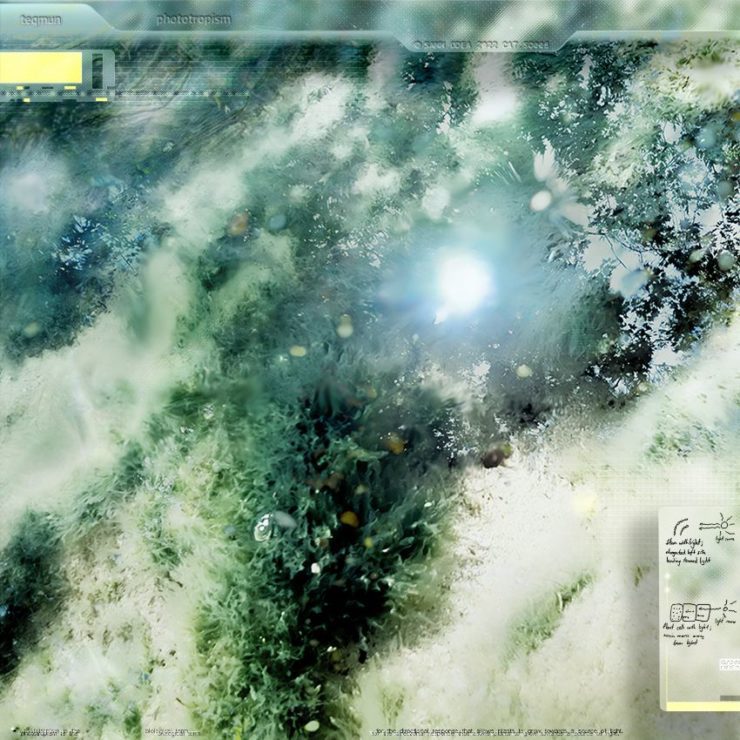 Formerly known as Fussy, Amsterdam-based label Sann Odea have undergone a metamorphosis ahead of their next release. The label’s fifth outing follows the debut EP from Modo Mero and is another debut from an emerging local producer.

Tijmen Blokzijl’s first release as Teqmun is filled with exquisite minute details that blend the synthetic and the organic. The producer crafts glitchy ambient and slow-motion pointillism, all of which have a place within this neatly contained sonic world.

The title of the release refers to the phenomenon whereby plants are able to react to sources of light, moving towards or away from these depending on their preference. Listening to ‘Caterpillar Cravings’, one can almost imagine phototropism in action as the track seems to bend and sway as it responds to a fluorescent hum.

‘Phototropism’ is scheduled for release 27 May via Sann Odea. Order a copy from Bandcamp.