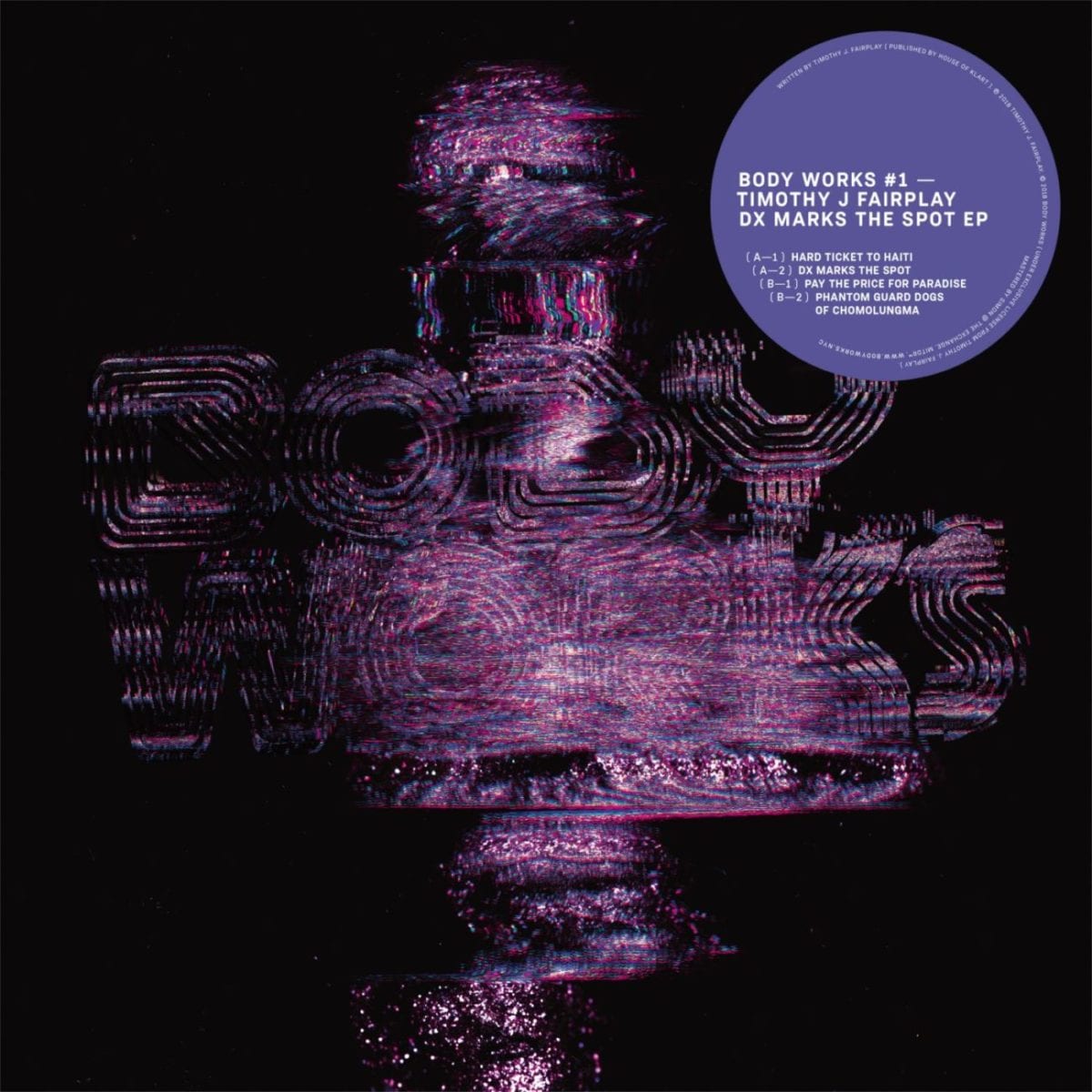 Italo, electro, kosmische, machine funk… you could label Tim J. Fairplay‘s music many things, it still wouldn’t do justice to the breadth and force of his extended musical vision. From playing the guitar in defunct new wave band Battant, through first-class collaborations with Andrew Weatherall as The Asphodells and Alessandro Parisi as Dynamite Winter Palace, onto his unswerving rise as a solo artist and in-demand remixer, the London-based producer has established a sound both retro-inspired and innovative, aimed at taking the club to new, unmapped heights.

A quick listen to his newest instalment, ‘DX Marks The Spot‘, is enough to explain why Tim was chosen as the debut provider of the newly incepted New York-based imprint Body Works. Across four cuts of the heaviest alloy, the British producer sets the tone with poise and style, unleashing a fury of ghostly melodies, lashing snares and 303-driven basslines.

Topping off the EP in spectacular manner, the closer ‘Phantom Guard Dogs Of Chomolungma‘ – named after a near mythical breed of dogs that were companions and protectors of Tibetan yak herdsman (Chomolungma is the Tibetan word for Everest) – blasts off in the racing line pedal to the metal, taking you for a stupendous ride across lunar reliefs and magmatic chambers at full-throttle. Another faultless delivery from a producer who’s yet to disappoint, ‘DX Marks The Spot‘ hits the right note and further confirms Fairplay’s by far one of the finest electro merchants out there.

DX Marks The Spot is released via Body Works on 28th February, pre-order a copy from Bandcamp.

A1. Hard Ticket To Haiti
A2. DX Marks The Spot
B1. Pay The Price For Paradise
B2. Phantom Guard Dogs Of Chomolungma