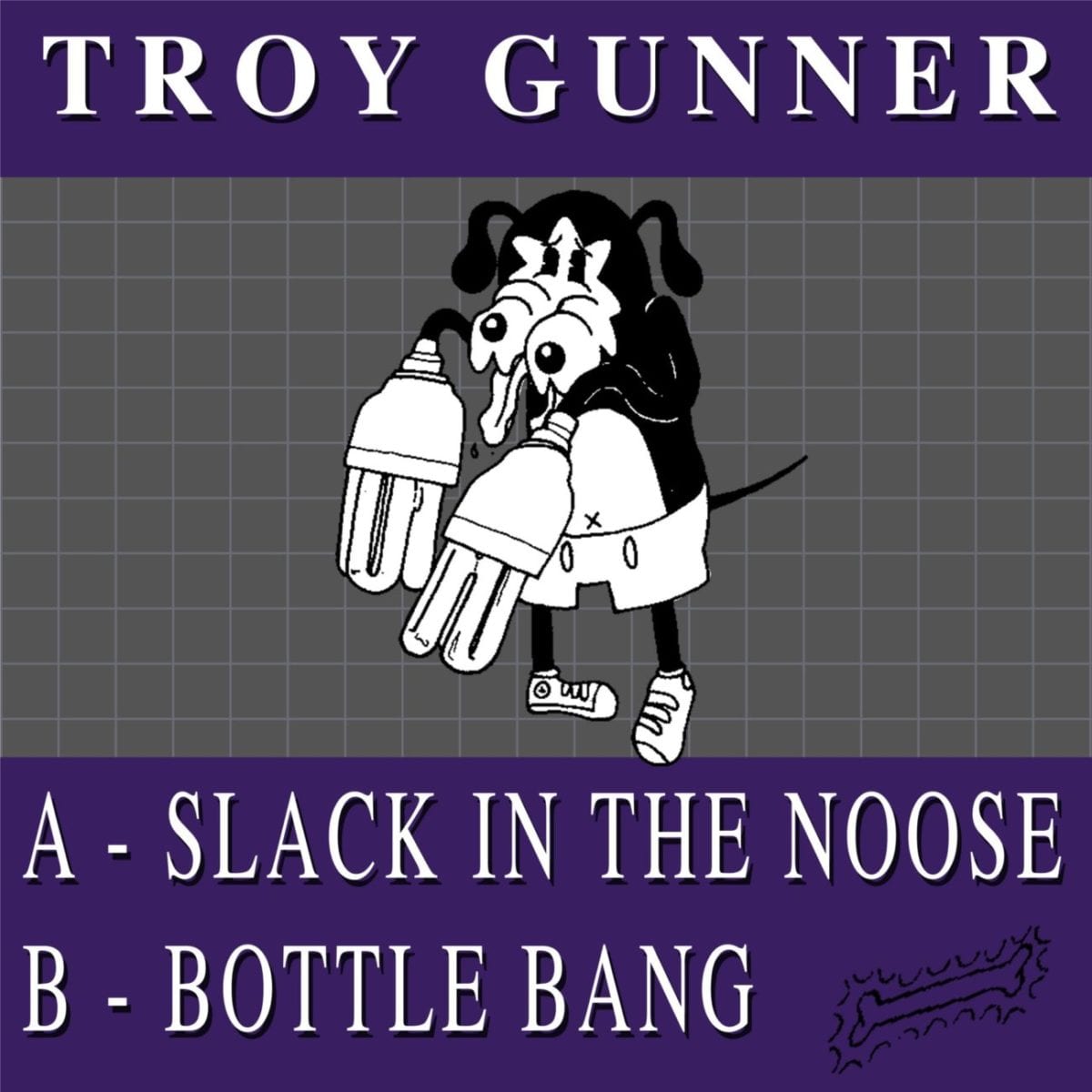 Slowly but surely Bristol-based producer Troy Gunner is making his mark in the ever-competitive landscape of UK bass and techno music. And to say the least, from the naive garage suavity of ‘Fool’s Gold‘ to the taut crunch of his stomping new transmission for Boom Ting, ‘Slack In The Noose / Bottle Bang‘, the gap in maturity is no short of striking.

Following the trail traced by the Livity connection – especially Pev and Hodge’s barebones drum-driven architectonics, Gunner drops a Janus-faced single, well equipped to put floors in alert, no matter the hour and location.

If ‘Slack In The Noose‘ drew most of the attention, the slugging flip-side ‘Bottle Bang‘ makes for a particularly insane rush of adrenaline. Loading its percussive ammo till the cylinder is full but never quite discharging the energy stored, this one’s going to hover in your mind like a bird of prey and trust us, it’s not about to let loose on you.

Slack In The Noose / Bottle Bang is released via Boom Ting Recordings on June 17th.

A. Slack In The Noose
B. Bottle Bang