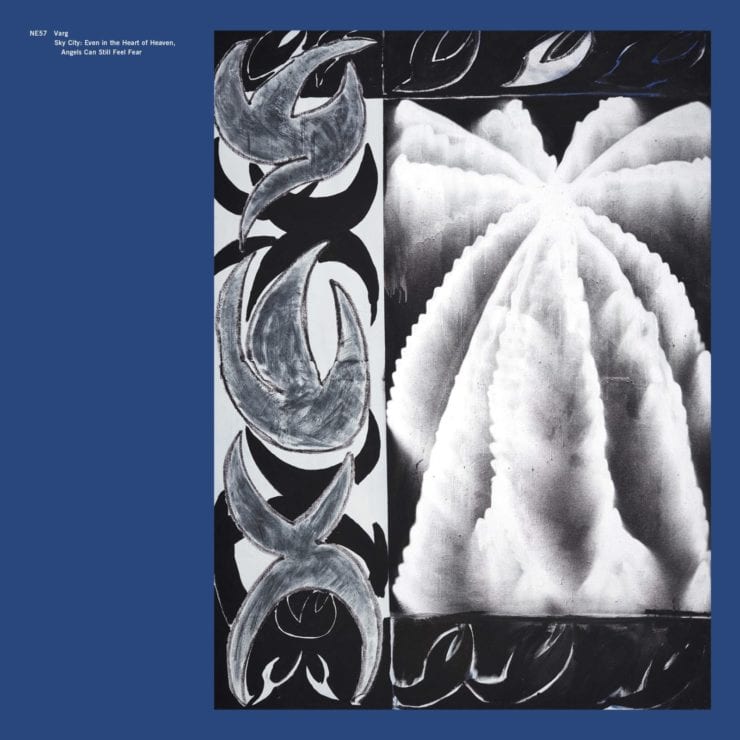 Where the fifteenth century had Hieronymus Bosch and his dizzyingly minute, proto-surrealistic depictions of overhauled biblical scenes, contemporary techno will have Varg‘s mind-boggling new ‘Sky City‘ diptych for Northern Electronics.

Through eight epic-sized cuts split over two EPs (out simultaneously on May 3rd), the Swedish producer is found weaving a stirringly deep and propulsive narrative fractal of sorts, bulldozing his way onto the closest dancefloor with existential rage and uproar as he opens up the floodgates for emotional submersion.

“I could see a new world with my middle eye, a world I had missed before. I caught images behind images, the walls behind the sky, the sky behind the infinite.”

Lifted from the first volume, which Varg himself quite accurately describes as a “pineal gland death trek […] hiking to jump into perfect artificial paradise”, our pick ‘Death.Toggle…’ skydives into reversed welkin headlong, ushering us to a realm of glassy structures and diffracted sensations, where only the hefty pound of 909 kicks and rattling cough of mangled breaks offset the textured sheen and pristine weightlessness of Varg’s finespun sound design. Stunner.

Sky City: Even in the Heart of Heaven, Angels Can Still Feel Fear is released via Northern Electronics on May 3rd, pre-order a copy from Juno.

Sky City: Even in the Heart of Heaven, Angels Can Still Feel Fear

A1. Cyclone (Even in the Heart of Heaven, Angels Can Still Feel Fear)
A2. Crush the System / Soak.Create_Soak_Party_Situation
B1. Death.Toggle / CheatingIntensityBuff_Fearless (feat. Fatal & Chatline)
B2. Green Flames Covering the Winter Sky (Västerbotten)

A1. A Weak Heart to Break (BD 4-Ever)
A2. The Fallen Star Was Just a Man / Buff_Depressed
B1. This Wretched Light feat. Patrick Quick
B2. Spit! / CheatingIntensityBuff_Passionate (Motherlode)

Discover more about Varg and Northern Electronics on Inverted Audio.