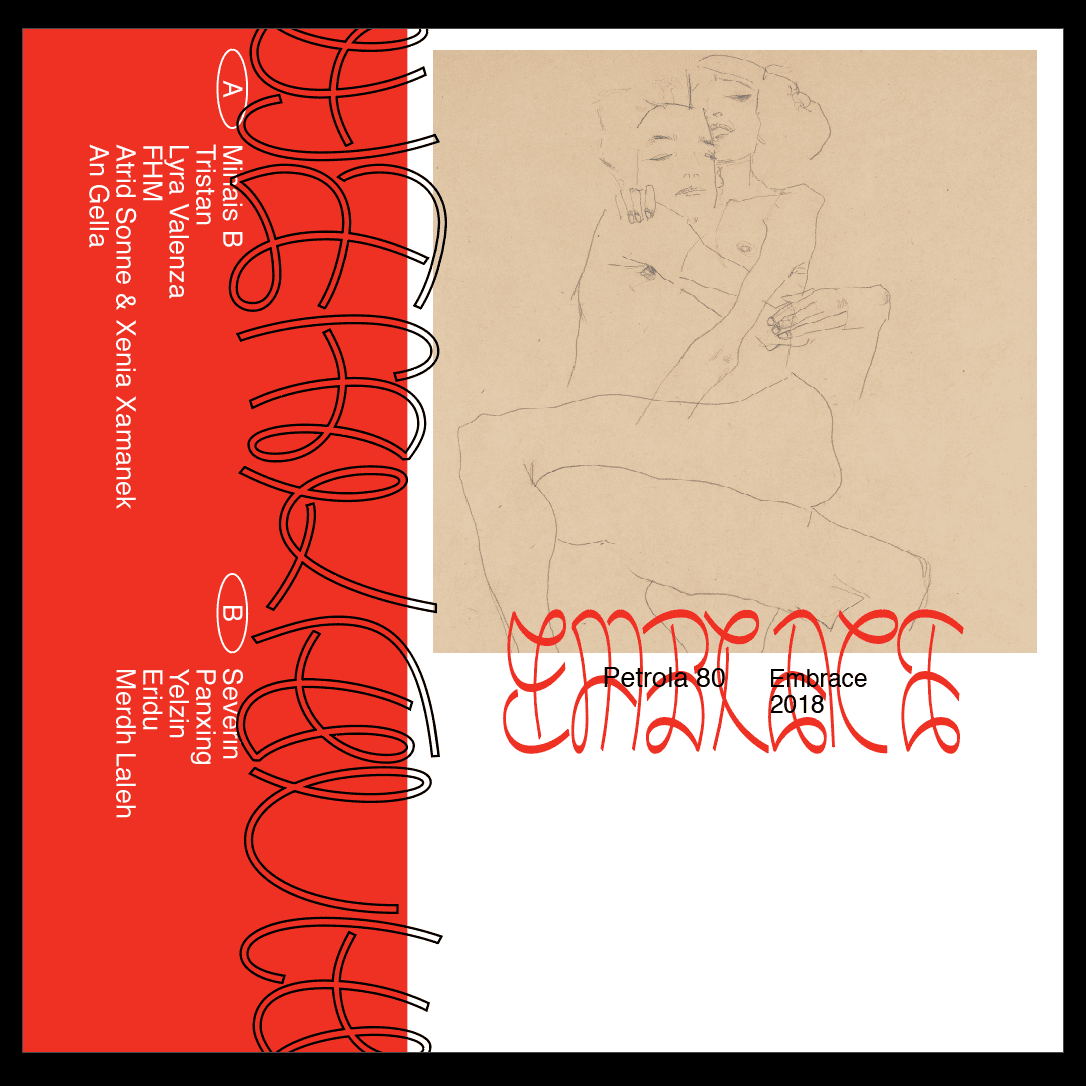 With a low amount of releases since the label’s establishment in 2017 and the drop of Lyra’s debut 12″ ‘Synkronudspring I Tomt Bassin‘, Copenhagen’s Petrola 80 remained a rather elusive structure up until today, putting just as much effort in crafting eye-pleasing objects and artwork as in laying the foundations to their widescreen musical multiverse in minute detail. A true labour of love.

2018, though, should mark the Danish imprint’s rise to the forefront of the European electronic music scene. Hot on the heels of a fine third instalment courtesy of label co-founder Severin, Petrola 80 return with an eleven-track tape VA, ‘Embrace‘ – which happens to be the debut iteration to a new trilogy, named after Microsoft’s hyper-aggresive ’90s commercial strategy, ‘Embrace, Extend, Extinguish‘, here transformed into ‘Embrace, Extend, Expand‘ – you get the idea.

Featuring the likes of Opal Tapes affiliated hyperbass duo Lyra Valenza, Escho-based Astrid Sonne and the whole Anyines crew – Minais B, An Gella, Panxing, ‘Embrace‘ will also see the first incursion of artists called to release solo material on the platform in a near future: Merdh Laleh, FHM and Yelzin. And to give you a foretaste of the lightning storm to come, what better way than wrapping your ears around the latter’s pixelated electro melter ‘No Safety‘.

Don’t reach for your seatbelt, they’re of no help here. Yelzin’s glitchy dasher speeds up the highway across electronic wormholes and multi-layered binary skies at full tilt – offering up an exploded view on futuristic utopian landscapes via intricate interlacings of glassy textures, hardware defects and enhanced organicity for maximum focus expansion. Arpeggios blazing, engines purring, this one’s gonna fly you off into upper spheres of consciousness flat out. Banging!