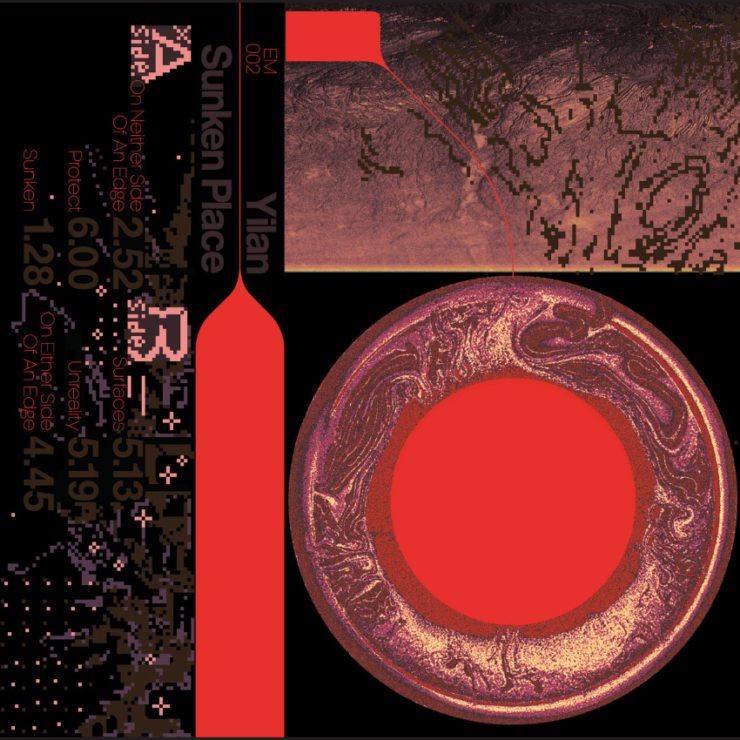 Back in 2017, Earth Movement’s first release brought together eight of the UK’s preeminent bass music producers for a compilation release. ‘Earth Movement Vol. 1’ asked that these artists explore the beatless recesses of drone and ambient rather than the percussive strains of club music they commonly dealt in.

One of the artists featured on that compilation was Yilan, whose eerie ‘Skeleton’ opened the release. Marking the label’s return, the producer is now back with ‘Sunken Place’, a full EP of sonic musings that picks up where ‘Earth Movement Vol. 1’ left off.

Our pick from the new project is ‘Surfaces’. It’s a track that features some familiar elements. Yilan deploys pads reminiscent of mid-nineties drum and bass. Towards the end of ‘Surfaces’, we hear bass that wouldn’t sound out of place on a Dillinja tune. However, re-contextualised and repurposed, these familiar parts feel somewhat alien.

‘Sunken Place’ is scheduled for release 3 September via Earth Movement. Order a copy from Bandcamp.