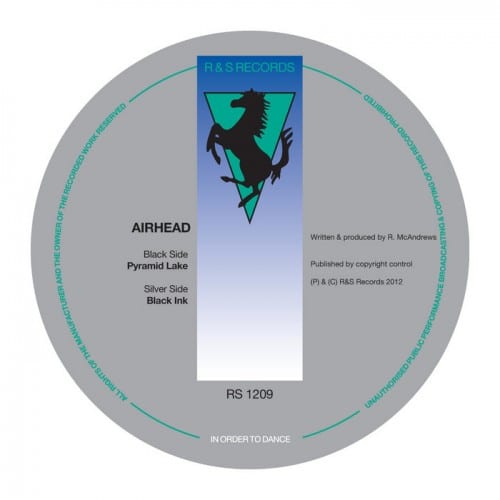 John Cage once said that Edgar Varése, who famously described music as ‘organized sound’, also managed to give the sounds he used in such pieces as ‘Poéme Electronique’ ‘his unifying signature’. Across a current electronic soundscape that seems endlessly enamoured by past conventions, where ghosts of Chicago and wraiths of Detroit are invoked by artists and listeners alike, it’s nice to hear sounds that whisper convention with a palette of sounds slightly out of the ordinary. It is not necessary to elevate the flouting of convention itself to some sort of empowered place, but producers who combine elements with care and class definitely stand out.

London’s Airhead, who (it’s difficult to avoid mentioning) is perhaps better known by some for his onstage presence as James Blake’s guitarist, is one artist that has, across two R&S-released singles, organized sounds into a notably personal signature. Back in March, his ‘Wait/South Congress’ baffled many commentators, who tried to pigeon hole his deft guitar sampling and minimal chopped vocals (courtesy of the Yeah Yeah Yeahs) into the arena of post-rock, or perhaps loosely defining it as electronica. This month sees the release of ‘Pyramid/Black Ink’, which will again test the conventions of genre.

While the March release was decidedly ambient in comparison to this one, the opening track is distinctly up-tempo, lurching towards the dance floor with all the eclectic touches of its precursor in tow. ‘Pyramid’ retains much of the vocal sample work (also, it must be said, recognisable to a degree in Blake’s earlier material) of Wait/South Congress, moved abruptly aside by a soporific sliding bass and smoky, restless chopped samples.

‘Black Ink’ sits much more closely to certain sounds memorable from early Deep Medi-esque dubstep, opening with an ominous synth line and vertiginously panned hits. The percussion throughout is extremely precise, with repeated listens exposing more and more of the painstaking organization. The sense of space is achieved not with excessive reverb but with exact panning and minimal choices, and the result is one that could easily seem busy or hectic in the hands of another producer.

Overall, this release is an interesting development on its preceding single, and Airhead is certainly one to watch. Following two singles, we are keen to see how the unusual cohesion of feeling across a wide range of genre conventions will play out with an EP, or hopefully in the near future a full length.