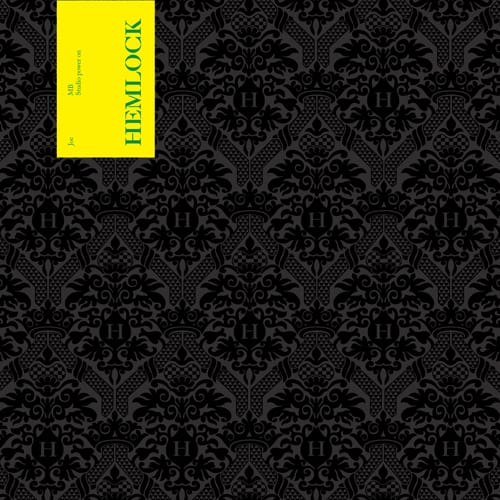 The music of Joe is bound up in a series of unusual contradictions. His name implies ubiquity, while the fact that nobody seems sure of his identity ties him up in anonymity; the press pack for his first release of 2012 describes his profile as one ‘that makes Burial look press hungry’. His few releases, put out by Hessle Audio and Apple Pips, are typified by an unusual paradox; a feeling of looseness coupled with DJ-friendly rigidity, the result of bare instrumentation and tight, polished percussion; as well as attention to (and composed neglect of) specific frequency bands. Most interestingly, the tracks all display an inimitable sense of humour, from the coughs and splutters sampled on ‘Claptrap’ (not to mention the title), to the brilliant vocal sample on ‘Twice’ (‘Oh, I think you need all that bass…’), and now to the almost bossanova-hinting opening track of his forthcoming single on London’s Hemlock Recordings. By no means am I deriding Joe; on the contrary, it is very rare to find the certain calibre of producer who can pull it off: in spite of the humour, all the releases are indomitably stylish and energetic.

‘MB’ opens with a gong a la Kool and the Gang, which drops into loopy, sleazy (to quote the press release) set of creatively filtered guitar samples that snake through Joe’s characteristically precise percussion. I recently heard it likened to the theme music of a Spanish learning CD, which wouldn’t be far from the money – aside from an uncompromising groove that brings the same effortlessly eclectic dance floor feel familiar from Joe’s earlier work.

‘Studio Power On’ is another homage to Joe’s percussive and instrumental minimalism, as well as his unusual sampling: what sounds like a hand saw is raked over a shuffling hi-hat and a resonant, bell-like two note bass line. A single, repeated, and craftily manipulated note brings in a wandering, lost line of synth sounds, before ushering in uncharacteristically prominent rhythmic chords.

While it’s all composed well, and is an interesting listen, ‘Studio Power On’ may not have the dance floor appeal of some of Joe’s earlier tracks, which invariably come across in a set as though they’re an event in themselves. ‘MB’, on the other hand, pushes along much of Joe’s trademark tongue-in-cheek humour and sense of less-is-more minimalistic class. Either way, the elusive producer is showing no signs of conforming to any known conventions.