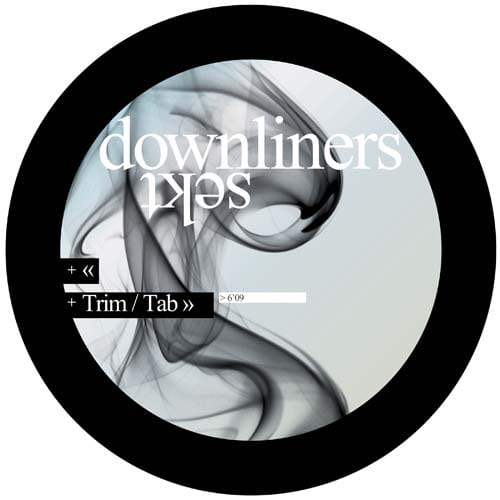 For the past few years, the mysterious Spanish collective Downliners Sekt has been one of those names that you can always count on to be doing something different, away from all the hubbub of today’s hottest genres and sounds. Having moved from somewhere near post-rock to the shadowy corners of electronic production in their more recent releases, the group (of unknown names and origins) have finally started to build a name for themselves. They’ve been releasing since about 2004, but it was Downliners Sekt’s trilogy of EPs on Disboot (released from 2010-2011) which have shown the group stepping into the light a little more.

The group’s sound has always contained the deconstructed ghosts of a whole range of genres; from dub to techno to UK garage, and each time reference points are crushed, distorted and ultimately resculpted into an intriguingly different and powerfully atmospheric sound. While their earlier EPs were marked with contrasting ghostly textures and abrasive sub-bass growls, in their latest the tracks were more subtle and delicately textured while retaining the experimental essence of the earlier structures and sonics, resulting in the sublime Meet the Decline. Apparently tapped to produce an original track for Darren Aronofsky’s Black Swan which never made it into the film, the collective are certainly building a cachet in certain circles, and their first release on French label InFiné, ahead of a full album in 2013, shows the group are still on rare form.

Trim / Tab is still complex and mysterious but it’s clearly more accessible than any of the Sekt’s previous output, and this is no bad thing. Now the vocals and melodies which filter through the static and dust are more nakedly beautiful, and the music itself is more approachable for the outside listener. The two 6-minute tracks, each hovering around the 150bpm mark, are two variations on the same beat, showcasing the group’s dexterity in manipulating source audio in impressive and unexpected ways (it’s not that surprising to hear that the group occasionally even sample their own sounds in later work). Each tune offers a long-form approach to their sound, and can be seen as suites of deconstructed clicks and beats laced with recurring motifs; vocal samples and shifting synth fields which lend the broken soundfield a fractured cohesion- occupying that curious middle-ground that Downliners Sekt have always excelled in creating.

In Trim / Tab (Part One) the sounds are allowed time to grow and build throughout the track, with a shuffling beat and a mist of static offering an anchor to the shifting soundscape of ghostly vocal samples and subdued synth stabs that shine out somewhere far off in the darkness. Their collage approach to sounds and samples achieves the tricky balance of sounding spontaneous, with the sounds giving the impression that they’ve just fallen naturally into place rather than being synthetically programmed, while simultaneously feeling lovingly structured and meticulous, allowing rewarding moments of recognition as the same samples and sounds are repeated and warped across the EP. On the flipside we have Part Two, a darker affair with the beat flipped into an edgy garage shuffle as dusty soul samples (and a beautiful piano sequence) try and claim prominence amidst the shifting static.

In an interview with Fact a few years back, the group stated, “We’re not intentionally producing dark music. For different reasons, we’ve always been kind of ‘out of tune’ with the world we’ve been thrown into. We’re always in transition, in between cities, in between relationships.” Perhaps the reason that the Sekt put out such consistently excellent music is that they acknowledge the middle space between sounds, between genre and between space. By not trying to be any one specific thing, they achieve impossible balances; their music is current yet utterly uncompromising, fractured and sinister while retaining moments that border on the serene and beautiful. With this transitional approach, Downliners Sekt have clearly struck gold, as they continue to create music more defiantly interesting than the scores of genre-obsessed, trend-watching producers that today populate more of our clubs than ever.