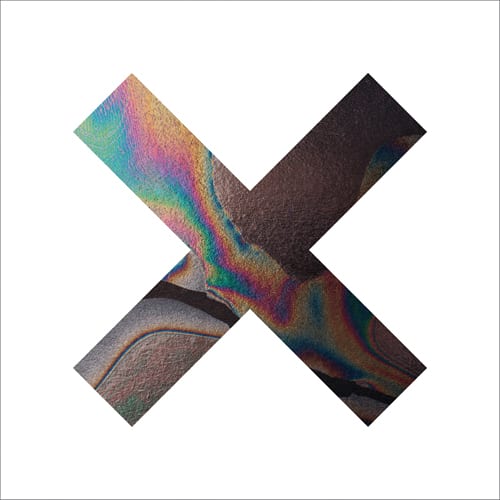 Few groups in recent music history are such clear examples of the questionable touch of the hype machine as The xx. Their superb self-titled debut seemingly came out of nowhere, ascending the ladder of UK music fame from underground to indie to radio play in a matter of months. The reason for this, thankfully, was the quality of the record, and their acclaim was wholly justified. The LP came out as a startlingly confident and original combination of electronic production and breathy, sensual vocals (courtesy of twin leads Oliver Sims and Romi Madley-Croft), but more than anything it impressed with the cohesion of its vision; a surprisingly complete debut.

The group cannily bided their time to perfect their sophomore release, with producer Jamie xx going on to create a name for himself in the dance sphere, and it led to questions of where they could go after such a meteoric debut. It is the way with these groups that the audience could have expected either a refinement on the original or a radical departure, and with Coexist, The xx have clearly opted for the former.

Obviously their spare approach to production, where every note counts, cannot be as exciting and refreshing the second time around, but the group have done an admirable job of polishing their sound. The songs on Coexist are even more stripped down and minimal, while the sonics of production wunderkind Jamie Smith are more on show; the drums hit harder and faster, and on Reunion they even herald the return of the steel drums that served Jamie xx so well on last year’s superb Far Nearer single. Coexist feels a great deal smaller and more intimate than their debut, which is both a blessing and a curse. This is mostly due to the closeness and naked vulnerability of the vocals, nowhere more clear than on standout opener Angels. Here Madley-Croft’s faltering voice feels uncomfortably close, emoting with a quiet force that turns fairly average lyrics into a powerful and heartbreaking plea.

The one thing that seems lost from the group’s debut is the sense of fun and playfulness that occasionally rose its head above the dripping sensuality; the back-and-forth mind games of Basic Space and the less melancholy vibes of pop-centric Islands and Crystallised are nowhere to be found. The tracks here still work, often remarkably well, but as a result the downtrodden nature of the LP can feel like it lacks variation, and the less punchy tunes have a tendency of blurring together on first listen.

There are still more than a handful of spectacular tracks here, but tellingly these are the tunes where the band tries something a little different. Second track Chained is another early highlight; a canned beat clicking with satisfying force under taut bass strumming and a series of the duo’s most infectious earworm vocal refrains. Later Missing starts off as fairly unremarkable; spacious and deeply atmospheric but no different from the majority of the tunes here. Then a sharp drum pattern clicks into place before a heart-in-mouth pause, after which the track returns with searing strings onto an emotional widescreen, a rare unexpected moment on an album which doesn’t quite offer enough of them. And it pays off; the listener is drawn deeply into the narcotic sounds and when Madley-Croft asks ‘are we all we could be’, it feels a profound moment of self-doubt rather than a generic turn of phrase.

None of these tunes really get it wrong, and with repeated spins there’s a lot to like across the short runtime of Coexist. Yet on these moments where the effect is truly spectacular one is forced to ask if the group hasn’t quite risked enough on this sophomore release. Nowhere is this more clear than on stellar penultimate track Swept Away; where the heady mixture of elements is augmented by a detailed percussive field and a forceful 4/4 that drives those icy guitar lines and some of the most impassioned singing found on the record. Why couldn’t we have seen more over experimenting with the formula on Coexist, when the group clearly have the skills to make it work?

Most listeners will find there is a lot to love on Coexist; it’s an immersive and hypnotic concoction that draws you into the sensual, melancholic world of the group. Compared to its predecessor it’s more intimate but ultimately also more limited, as about half of the album seems to keep to a fairly fixed formula. It’s hard to criticize the band that much for offering another 38 minutes of exactly what they do best, because the powerful effect of their sound still stands unrivalled in the contemporary music sphere. Let’s just hope that in the sketches of progress to be found on this LP is the promise for real change in the future.